The Paul Lowin Prizes are known as one of the Australia's richest prizes for music composition. Since 1991, its history of winning and highly commended works tells a powerful story of the skill and creativity of Australian composers and marks the wide breadth of contemporary musical expression.

The Paul Lowin Orchestral Prize encompasses works scored for modern chamber or symphony orchestra of at least 30 players and at least 15 independent lines. Works must be of not less than 12-15 minutes in duration. The work may include instrumental or vocal soloists and/or choral, elecronically produced or pre-recorded elements.

The Paul Lowin Song Cycle Prize encompasses music suitable for chamber ensemble, using no more tha 1-8 independent vocal lines, and may be accompanied by up to 10 instrumental players. The text of the work must have a unifying theme. The composer and the author may or may not be the same people, and the author of the text is not eligible for the prize.

Before submitting a nomination, please carefully read the complete rules and guidelines to ensure eligibility.

We encourage a diverse field of entries and accept nominations from composers, musicians, publishers, and the general public.

Enter a nomination for the Paul Lowin Prizes.

If you are nominating a work that you have composed, please be prepared to submit:

a. A PDF score of your work

All movements, performance instructions, or lead sheets must be combined into a single PDF file.

No indication of the identity of the composer or the librettist(s) (if applicable) should be shown on the score, including dedications. Do not include the composer, librettist or performer's name in the file name of your submitted score file. Use only the title of the work as the file name.

b. A URL for a downloadable audio file (optional)

Audio files must be provided as a downloadable file link (e.g. via Dropbox, Google Drive, OneDrive). Your downloadable audio file remains available via the provided link until Friday 15 July.

Do not include the composer, librettist or performer's name in the file name of your submitted audio files. Use only the title of the work as the file name.

Audio files must be stripped of any metadata prior to upload.

Video files will not be accepted.

Entries for both Orchestral and Song Cycle Prizes will close on Thursday 7 July, 2022, at 5pm AEST.

A shortlist of selected works will be published in October 2022.

About the Paul Lowin Prizes

After immigrating to Australia in 1939, Czechoslovakian Paul Lowin worked as a wholesale dealer of cloth and dry goods, establishing the Swedish Handweaving Co. on George Street. Although a successful businessman, his work was never a main preoccupation. Mrs L Krips, a neighbour often visited by Lowin, wrote 'We never found out what he was doing for a living, as nothing seemed to him important enough to talk about if he could talk about music'.

Lowin's passion for music was manifest in the hand-written will found when, shortly after returning to Vienna in 1959, Lowin died of a heart attack. The will outlined his dream of encouraging excellence in music composition and his wish to establish a competition for works by living Australian composers.

It took thirty years for an appropriate scheme to be approved by the Chief Justice of NSW but eventually, in 1990, one of Australia's richest prizes for music composition was established. The competition was initially held every three years, but in 1995 further changes by the court enabled the competition to be held every two or three years.

Since the first prizes in 1991, over $500,000 has been awarded. Since 1999, the prizes have been presented in collaboration with Perpetual Trustee Company Limited as trustee for The Paul Lowin Trust and the Australian Music Centre. 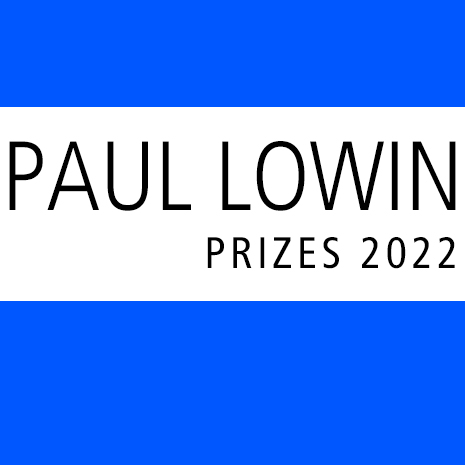 Winners of the Paul Lowin Prizes

> View a list of all past recipients of the Paul Lowin Orchestral Prize.

> View a list of all past recipients of the Paul Lowin Song Cycle Prize.

Katy Abbott and Nigel Westlake were announced as winners of the 2019 Paul Lowin Prizes at the Melbourne Recital Centre on 22 October 2019.

The winners of 2016 Paul Lowin Prizes were announced on 6 December 2016 at APRA AMCOS building in Sydney.

The winners of 2013 Paul Lowin Prizes were announced on 28 October 2013 at APRA headquarters in Sydney.

The winners of the 2009 Paul Lowin Prizes were announced on 30 October 2009 at the Utzon Room, Sydney Opera House.

The winners of the 2006 Paul Lowin Prizes were announced on October 5 at a special ceremony at The Mint, Sydney.

The 2004 Paul Lowin Prize ceremony was held at Government House, Sydney on 3 November 2004.

The winners of the 1999 Paul Lowin Prizes were announced at the Australian Music Centre Awards, at the Sydney Opera House, on 20 September 1999.