Composing gives me peace and joy. It is then pure magic when musicians and audiences are inspired by or enjoy new music. 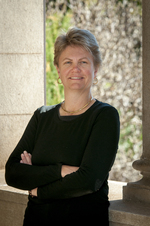 Jenny has been composing and performing professionally for over thirty years and has released three CDs/DVDs as performer/composer. Her intercultural chamber opera The Aqueduct was premiered at the Restrung Chamber Music festival at the Powerhouse in Brisbane in 2013. Other highlights include invitations to perform her compositions at a number of international jazz festivals including the Wangaratta, Melbourne and Manly. Assisted by a grant from Playing Australia, Jenny toured Australia's East coast with her own ensemble in 1998.

In 2019 she composed the music for the celebrated physical theatre production of Dispersion, directed by Zebastian Hunter (Circque du Soleil) and Meredith Kitchen (Phillipe Genty Co.):

"Frankly, Dispersion blew me away. Add to that live, globetrotting music from Dr Jenny Game, who also composed the score, and you get an immersive experience that suggests worlds within worlds." Cameron Woodhead, The Age, June 19, 2019."

Her music has been well received by critics since she released her debut CD Seven Seas in 1996:

"Game's tenor sax has a breathy silkiness, her soprano a rich sensuality.... the release (Seven Seas) could earn the Gamesters some well-deserved recognition in the Melbourne jazz scene." Leon Gettler, The Age.

She released Jacinta's Song in 2004 with the support of a grant from Arts Victoria:

"The settings she creates for her own solos and her colleagues are consistently fresh and varied" Adrian Jackson, Rhythms.

In March 2021, she performed three new works in the multimedia performance Windows of Longing with her contemporary new music ensemble Aurora Lumina at Yarra-me Djila Theatrette in Melbourne. Windows of Longing is a musical and visual exploration of the art of Edward Heffernan OAM (1912-92).

On April 27, 2021 her composition 860, A poem by Emily Dickinson premiered at the Louise Hanson Dyer Auditorium at the University of Melbourne.

She also has a substantive list of peer reviewed publications most recently the following book chapter Music and Embodied Movement: Representations of Risk and Death in Contemporary Circus. In M. Bennett (Ed.), Music and Death: Interdisciplinary Readings and Perspectives. UK: Emerald Publishing, 2019.