My work is more like a private journal than a public statement. I've always travelled as much as possible and been influenced by different sound worlds: the creak of rigging on a dhow, the crunch of boots on desert sand. The sound poems are full of autobiographical references. 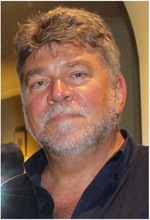 Jacques de Vos Malan's artistic development was substantially influenced by the music and ideas of John Cage and Morton Feldman, the theoretical writings of Umberto Eco and his own studies of Japanese aesthetics. After 1995, he spent fifteen years writing almost exclusively for small chamber groups, creating works which are typically quiet and sparse, dealing with abstract questions of signification, meaning and memory.

In recent years, he has been working as an experimental sound artist, using digital and electronic resources as well as found sounds. His work is often set at the limits of audibility, drawing on material that reflects his travels. Today he is most interested in the 'small sounds' work of Miki Yui and the 'lowercase' style of Bernhard Günter, France Jobin, Steve Roden and others.

De Vos Malan's earlier works-on-paper are published by Musications (Cape Town) and Seesaw Music (New York). His instrumental music has been performed, recorded and broadcast in Australia, Belgium, Portugal, South Africa, Switzerland, the UK and the USA and at the Banff Festival in Canada. Works are included in the library of the Gaudeamus Foundation Contemporary Music Centre, Amsterdam; the New York Public Library; and the University of Cape Town Special Collections. Electro-acoustic/sound art works are included in the Australian Music Centre, the National Library, Canberra and published through Soundcloud.

His oldest daughter Nicola du Toit is a UX design wizard and a performer-composer with the ShhArt Ensemble in Cape Town. His youngest daughter Zoe Gelman-Malan works in the humanitarian aid sector, assisting refugees.