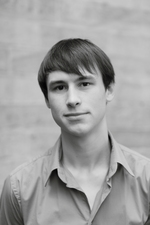 Philip Jameson is an Australian composer of orchestral music, chamber music and theatre. He is currently pursuing a Bachelor of Arts at Yale University, having previously attended Sydney Grammar School on a music scholarship. During this time, he also studied composition with Richard Gill.

Jameson's music is unashamedly melodic. The beauty of individual line is the highest priority in his work, although these lines often mingle in twisted, fantastical, even humorous ways. He is always looking to the past for inspiration, and is fond of appropriating historic forms like rondo, variation, and fugue. But the music Jameson loves most is more recent, particularly that of the early twentieth century. His favourite composers are Igor Stravinsky, Maurice Ravel and Samuel Barber.

Philip Jameson's music is heard mainly in his hometown, Sydney. The Sydney Symphony Sinfonia has played three of his works, including The Wind in the Hemlock, written for the group in 2010. More recently, the Australian Youth Orchestra commissioned him to write a brass quintet, resulting in The Collatz Variations. This work subsequently shared third prize in the Franz Schubert Conservatory's International Composition Competition for 2012. Jameson is currently working on Contact, a suite commissioned by the Sydney Youth Orchestra, as well as a children's opera and a string quartet.

Outside his life as a musician, he enjoys reading Greek and Roman poetry, particularly Homer's Odyssey and Ovid's Metamorphoses. He is also a fan of crosswords and Breaking Bad. In the future, Jameson intends to spend time on his skills as a conductor, so he can conduct his own operas and ballets.