We find meaning in our life by the creative work we make. 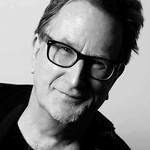 Since 1986, Robert Lloyd has established himself as an international composer, performer and teacher, writing music for concerts, multi-media, screen, modern dance and theatre. His unique music, described by The New York Times as 'shimmering driving score', has captivated audiences around the world.

From 1973 to 1995, Robert led his own ensemble and toured and taught his music in Australia, USA, Europe and Asia. Since that time, various musicians and ensembles have recorded, commissioned and played his work.

Move Records released Nullabor in 1995, while 2001 saw the release of Robert Lloyd, a compilation of keyboards, piano and percussion music, both to critical acclaim.

Time Being Time, a one-hour work for singers, spoken voices, strings and percussion was premiered in 1999 at the Supreme Court building in Darwin.

The 2 st Century sees Robert exploring new directions. Starting with a concert in 2001, held at the Studio, Sydney Opera House, with the German duo, Trio A Due, he has begun to experiment with text, music and new media.

Poetry has been an ongoing interest for Robert and in 2000 he started writing songs. The first, Simplicity, inspired by Robert's Welsh Bardic, heritage and studies of sacred texts, took one year to write. Indeed, he has often found writing a slow and difficult task, but continues to develop his craft with the daily practice of mind/body/spirit yoga.

The Goethe Institute in Sydney has commissioned two works by Robert: Song for five continents for the 2001 Sydney Olympics and Shalom/Salaam in 2003.

During 2003, John Schaefer featured Robert's music on New Sounds from WNYC, New York and ABC Radio commissioned the music and sound for Cinema of Solitude, a half hour special on Robert Bresson.

Two pieces, The Untouched Key for strings and The Empty Boat for solo piano, were composed in 2004 for the soundtrack to the John Conomos film Aura, which ran for three weeks at Art-Space Sydney.

A renaissance man, Robert sees little division between his work as composer, songwriter, teacher, writer and public speaker. His current creative vision aims to write music, words and perform music and songs that reflects the state of the world as well as the process of finding meaning in our daily life. 2018.