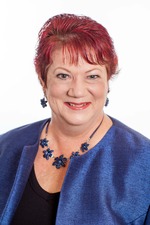 Milliken's catalogue of compositions and arrangements has a focus on choral music, but also includes works for solo voice and solo instrumental. Her works are published by Sulasol (Helsinki), Gehrmans Musikförlag (Stockholm) and Edition Peters London, where she developed the concept of, and has composed the music for, the Choral Vivace series.

Milliken has had a long involvement with choral music in a variety of roles including accompanist, performer, conductor and artistic director. Currently, she conducts the Bayside Divas women's choir.

In her role as a conductor she has produced a number of highly acclaimed choral recordings including the premiere Australian recordings of the Ramirez Misa Criolla and Navidad Nuestra, a collection of new Australian Music titled New Leaves, and A Cambrian Collection - an eclectic collection of repertoire from around the world.

In 2001, Milliken was awarded a Churchill Fellowship that provided her with the opportunity to visit 56 choirs in England, Sweden, Finland, the United States of America and Canada, working with and observing many internationally acclaimed choral music experts.

Since the launch of Choral Vivace, Milliken's reputation as a writer of choral music has grown significantly. Her works have been performed and recorded by choirs in Scandinavia, Eastern and Western Europe, the United Kingdom, Canada, the USA, south and east Asia, New Zealand and Australia.

Throughout her composing career, Milliken has been commissioned to write a number of works. Sing, Sing for Water was written for the Queensland Government to promote Sing for Water, part of Brisbane's Riverfestival. Missa piccola, a short mass in four movements, was written for presentation at the IFCM World Music Symposium in Kyoto in 2005. An SSAB setting of Anthem, for massed choir and orchestra, was commissioned by the Redbridge Music Service for performance at the Redbridge Schools' Choral Festival, held at the Royal Albert Hall, London, in 2008. The Dawn Wind and Music Comes are both pieces commissioned by the Singapore Ministry of Education as set works for the 2011 and 2012 Singapore Youth Music Festivals. In 2012 Milliken was commissioned to write arrangements and medleys of several iconic Australian songs for performance by the massed choir at Melbourne's Australia Day Concert.

Milliken is in demand as an adjudicator and music educator, working extensively within Australia and also overseas. Outside of work she enjoys photography and gardening.