In 2016, Australian Music Centre, together with Moogahlin Performing Arts, APRA AMCOS, the Australian National University School of Music and Ensemble Offspring, launched a new initiative aimed at supporting emerging Aboriginal and Torres Strait Islander composers in new music and jazz. A part of the  AMPlify framework of artist development programs, the pilot stage of the Indigenous Composer Initiative took place in NSW and ACT over 2016 and 2017.

AMPlify Indigenous Composer Initiative aims at helping artists in establishing contacts, networks and relationships with role models, and engaging in knowledge exchange and learning. The focus of the initiative is to identify Indigenous composers not yet properly represented or heard across new art music and jazz, and support them in creating works of new Indigenous music in score format. This in turn will help to create new opportunities, in new contexts, for Indigenous people: e.g. performance in new music events, schools repertoire, examination syllabi etc. 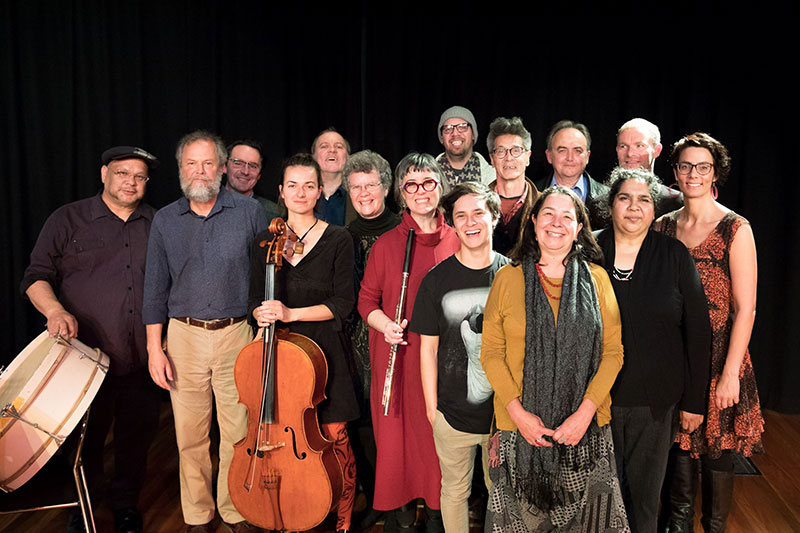 Program participants and facilitators in Sydney on 3 August,
together with artists from Ensemble Offspring. Larger view.
© Eora College

Five invited participants - Rhyan Clapham, Brenda Gifford, Tim Gray, Troy Russell and Elizabeth Sheppard - took part in the initiative in 2016-2017 - the same participants later went on to take part in the 2018 edition of the program. In 2016-2017, each artist worked on several compositions for voice and/or small ensemble. Facilitators and performers for the pilot project included composer Christopher Sainsbury - also the driving force behind this initiative - and jazz pianist and educator Kevin Hunt, as well as performers from the Moogahlin Performing Arts and Ensemble Offspring.

Artists received individual guidance from the facilitators in developing their composition, notation and orchestration skills, and worked closely with performers. Support was available for typesetting and score production, and the final performance event in August 2017 involved a studio recording of the new works, and a podcast of the event. Exploring further performance possibilities and publishing arrangements was also a part of the scope of the pilot project. 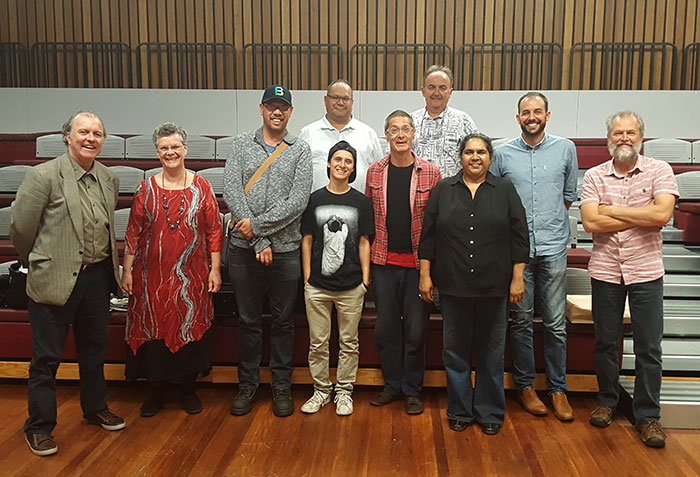 > The Indigenous Composer Initiative final concert took place at the Eora College in Sydney on 3 August 2017. You can listen to the performances and composer interviews as part of ABC Classic FM's New Waves podcast and view the program and read program notes by participating artists (pdf). 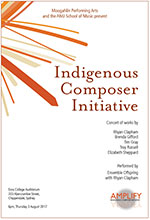