Pianist Ronan Apcar's new album of Dulcie Holland's music, freely available for anyone interested, features some rare and exciting additions to the repertoire.

The first piece I learnt by Dulcie Holland was The Lake (1940), one of her most well-known pieces. Being only 14 or 15 years old, I was very impressionable and still exploring different genres of music. It is safe to say The Lake left its mark on me; it has an extraordinary misty atmosphere, rich harmonies, and moments ranging from intense fragility to powerful, sweeping climaxes. All in about four minutes.

Now jump to when I am 16 or 17 years old, where I am considering sitting an LMusA exam. Scanning the repertoire list, I was excited to see that a piano sonata by Holland was on the list because I thought if it was anything like The Lake then it must be fantastic. It would be a much better choice than a Mozart or Beethoven sonata done to death. This is where I began to run into trouble: Dulcie's Sonata for Piano was not available in any form - score or recording. 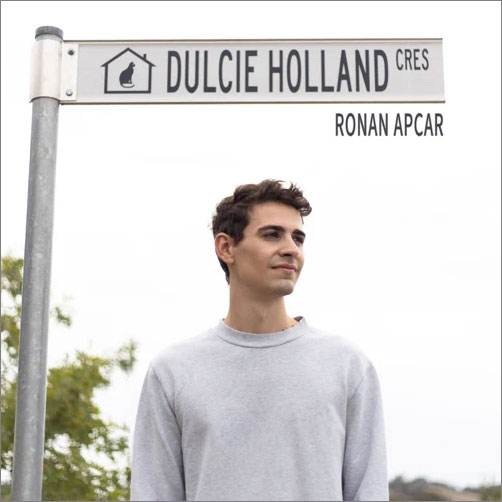 Skip ahead to when I am 18 years old, and I have just moved to Canberra for my first year of university. The LMusA was always a personal goal of mine so I had another look at the repertoire list. None of the other sonatas struck me and I really wanted to use Holland's Sonata as my major work - especially knowing that Larry Sitsky AO described it as undoubtedly a landmark work in the Australian oeuvre1. Serendipitously, one of the only accessible copies of the Sonata was now just fifteen minutes away by bike, residing in the National Library of Australia.

After learning the work, I agree with Sitsky: the Sonata is a pretty substantial and sophisticated piece of music - surely one of the best in its genre to come out of Australia. So, if this work is in fact so great, then why was it so hard to find in the first place? Why could I not listen to it like any other great piece of music? And what other undiscovered or forgotten great works must be collecting dust in the archives?

So, halfway through my second year, at 19 years old, I began a research project with a single focus: to record these works and release them as an album available for streaming. Armed with nothing but a biography and catalogue that had just been published on Holland2 - big shoutout to Jeanell Carrigan and Rita Crews - I managed to put together four pieces that I believe show Holland at her best: well-written both in craft and for the piano, unique and innovative in style, whilst still maintaining appeal.

Two of the four pieces, Autumn Piece (1947) and Conversation for Piano (1954), were unpublished works that I transcribed directly from Holland's manuscript. While the other two pieces - Sonata for Piano (1952) and A Scattering of Leaves (1986) - are published, any recordings of them remain in archives or libraries. Not exactly the easiest way to listen to music!

My new album opens with Autumn Piece, showing Holland in the early stages of her career: rather conservative and heavily influenced by English composers such as Ralph Vaughan-Williams or Edward Elgar. Following is the jewel of the album, the Sonata for Piano: a three-movement work that Holland described as 'good triumphing over evil'. Full of narrative and drama from start to finish, the Sonata is very complex in every regard and a lot more harmonically adventurous. Conversation for Piano is like a compact version of the Sonata. Comprised of two movements, Reflective has Holland's trademark use of bitonality, pentatonic scales, and excellent melody-writing, while Emphatic treats the piano like a percussion instrument featuring some of Holland's most difficult writing. The album finishes with A Scattering of Leaves, a collection of six short character pieces written between 1940 and 1986. With these six pieces, we get to see the light-hearted and humorous side of Holland.

Let's fast forward to today where finally - in my third year of university, just shy of 21 years old - I have released Dulcie Holland Crescent. The album is only available via streaming services; releasing the album this way means everyone - particularly younger generations (including myself) - can access these works easily. For anyone who ends up in the same circumstances as I was four years ago (that is, curious about Dulcie's work), they will now be able to go and actually listen to it. That is why it is so important to record great pieces, especially when it is by our own composers! If there are no recordings, then no one can listen to it, meaning no one will perform it, and that is how great music like Holland's is forgotten.

> Album details and link to iTunes (AMC Online) - other options.