The yearly Art Music Awards are presented by the Australasian Performing Right Association (APRA AMCOS) and the Australian Music Centre to recognise achievement in the composition, performance, education and presentation of Australian music.

Nominations for the 2021 Art Music Awards have closed.

Read the full guidelines for the 2021 Art Music Awards.

The full guidelines for the 2021 Art Music Awards are available here. Please study them carefully before nominating.

Each nomination must contain enough material to clearly identify the nominated work, performance, individual or organisation, as well as the reason for nomination. Nominees will be contacted for further support materials after the entries have closed. If multiple nominations are received, the nominee will select which, if any, they would like to proceed with.

Changes to guidelines since last year include an added section concerning non-Indigenous nominees using Indigenous content (such as language, titles, narratives or themes) - these nominees must supply supporting documentation that they have consulted with the appropriate communities and have obtained their permissions to use their cultural content and intellectual property.

Due to the special circumstances in 2020, APRA AMCOS and the Australian Music Centre reserve the right not to make an Award in any single or collective category, or defer the category to the following year, should six or fewer eligible nominations be received.

Remember that some significant changes were introduced before the 2020 Art Music Awards, including new Work of Year categories to give a dedicated space for electronic works (under Electroacoustic/Sound Art), and to works for the theatre such as opera, music theatre, and ballet (under the Dramatic category). Vocal, instrumental and orchestral works are assessed based on number of forces with 1 to 12 players defined as Chamber Music, and larger works as Large Ensemble. Works for choir have a separate category (Choral). In the case of multiple options/nominations, the composer is able to elect in which category the work was considered.

Nominations are accepted from AMC members (you can join here) and APRA AMCOS members (Composer, Author or Publisher member). Nominators can only nominate once for each award category each year, and self-nomination is not possible in any category. 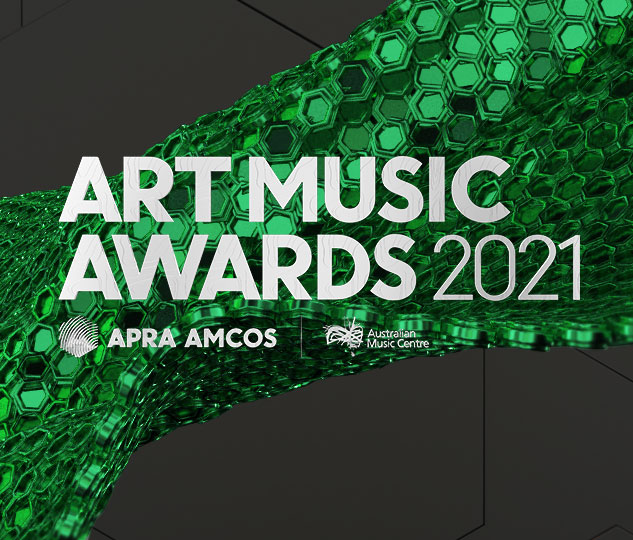