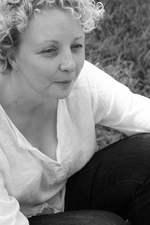 Have you ever played a 'Blackshaw' with your school band or wind ensemble? If you have, then you know that a work by this Australian composer-educator is different from the norm. You will also know that it takes you, the Director, on an alternate educational pathway that, for some, is a little uncomfortable at first. That said, you would also know that it is a surprise package, an audience favourite, and presents you with interesting conducting challenges. After performing it you realise that your students have 'got a lot out of it' and that it was one of the most engaging music making experiences of your academic year.

Such is the work of Jodie Blackshaw.

Originating from the Riverina NSW, Blackshaw is currently studying a Doctorate in Musical Arts (Composition) at the Sydney Conservatorium of Music. She is a free spirit, a Mum, an experienced ensemble director, classroom music teacher, Orff-Schulwerk practitioner and composer. Not one of these things is more prominent than the other, each one feeds her original compositions in alternate ways and it is this nexus that has created what she calls 'Classtrumental Music'.

In a large, free, open space, students move, listen, create and/or re-create particular aspects of music as individuals or in small groups, then perform for each other and reflect on the experience. This provides each student with a personal connection to the music's pitch, shape, motion and emotion. Once complete, students apply this all-encompassing knowledge to the interpretation of printed music that has been specifically composed to complete the educational journey.

For many years Blackshaw has been working to strike the right balance between each of these worlds and, in 2013, launched the world's first project piece Belah Sun Woman with GIA Music Publications. In five movements, Belah Sun Woman traces an educational pathway for instrumental students from beginning stages to approx. Grade 2 concert band. The resource provides 30+ lesson plans, dovetailed with an instructional DVD and an abundance of teaching accessories that include optional assessment tools. Together this package succinctly presents an achievable Classtrumental Music teaching and learning experience for any school band program.

Says Frank Battisti of the work:

'The ultimate goal of Jodie Blackshaw's Belah Sun Woman is "awareness" - the conductor's awareness of their impact on the music and the individual student's awareness of the how their playing (sound, style options), attitude and knowledge influences the interpretation and performance of a musical work. This is not "just another piece" but a significant musical-educational addition to the repertory.'

In both 2012 and 2014 Jodie Blackshaw presented her ideas and compositions at the acclaimed Midwest Clinic in Chicago, USA. In September/October 2015, she will toured Canada and upper New York State, USA, presenting her teaching approach to school/university students and conference attendees. Having won the inaugural Frank Ticheli Composition Contest in 2006 with Whirlwind, Blackshaw has since gone on to publish a further five works with publishers Manhattan Beach Music, GIA Music Publications, Brolga Music and, most recently, the American Composers Forum (ACF). Letter from Sado was commissioned in 2014 for the prestigious BandQuest series hosted by the ACF. Blackshaw also has three new self-published works that are available through her website.