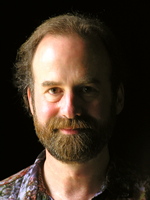 Ian Blake enjoys folk music, early music and electronica, and his own music often shows traces of all three: he has worked as a composer for theatre, film, chamber music, dance and public art projects, while his production and sound engineering skills have earned him a Gold Disc and an ARIA nomination.

Originally from London, Blake made his Covent Garden debut at the age of thirteen, but hasn't had a gig there since: however, his subsequent career has been varied and far-ranging - mainly in the folk and world music scene with, amongst others, Pyewackett, June Tabor, Michelle Shocked, and the Mellstock Band; in venues from Alaska to Zanzibar. Since moving to Australia, he has toured extensively with Eric Bogle and produced two of Eric's CDs at his Canberra studio.

Blake has produced award-winning records for children, many for the ABC: his multi-instrumental abilities and arranging skills have contributed to some classics, notably with Mike Jackson.

He works in Europe regularly, mostly with long-time collaborator Andrew Cronshaw: projects include the 2002 Contemporary Music Network tour with On the Shoulders of the Great Bear, a show based on Finnish traditional music. The latest venture is the band SANS which includes the Finnish singer Sanna Kurki-Suonio and Armenian duduk player Tigran Aleksanyan, and draws on the various traditions of the ensemble. European performances in 2014 included festivals in Finland and England.

In 2005 Blake received an ACT Creative Arts Fellowship and is now pursuing a PhD in composition and sound art at the Australian National University. He was awarded the 2006 National Folk Fellowship which led to a live/electroacoustic piece based on material from the children's folklore collections at the National Library, performed at the 2007 National Folk Festival.

Recent work in concert music and multimedia includes: Eidola, for chamber choir and digital organ; The River Daughter, for solo voice, bassoon and electronics; The Burning Thames, a sound installation at Canberra's M16 artspace; and soundscapes/musical direction for the show Fundamental Sound at the Griffith Conservatorium.