My music is free flowing and melodious, not holding back on emotional expression. 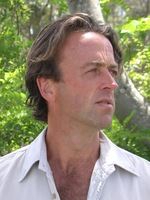 My works have been performed throughout the world and commissioned and performed by major orchestras and ensembles, such as the Residentie Orchestra The Hague, Amsterdam Sinfonietta, Dutch Ballet Orchestra, the Sydney Symphony Orchestra, the Meridian Arts Ensemble New York, Sydney Contemporary Orchestra. Reinbert de Leeuw, David Porcelijn, Etienne Siebens, Lucas Vis and Jac van Steen, among others, have conducted my works.

I was born in Margaret River, WA, but mostly educated in the Netherlands, where I started art school in 1974. A few immature compositions date from those years. I also played guitars and drums in several New Wave bands. I started composition studies with David Porcelijn at the Utrecht Conservatorium of Music in 1986 and continued my studies with Claas de Vries at the Rotterdam Conservatorium of Music. I minored in cello, double bass and piano. Since 2005 I have been living in Sydney and moved to the Southern Highlands in 2020.

In the late '90s I started using techniques that regenerate existing material. I started weaving with 'borrowed' miniature sound fragments of 2 seconds or less. It resulted in dense and hectic pieces that are deliberately over-scored (Alchemia I -Sydney Symphony; Time and Again - Residentie Orchestra). The orchestra is treated like a flock of birds or a shoal of fish. The music trips over itself, deranges and proceeds like a tidal wave. All my works written between 1998-2005 have been more or less influenced by these ideas.

In 2000-2015 I experimented with incorporating other art disciplines, either by collaborating with other artists, or by including theatrical or visual elements and an array of starting points, techniques and disciplines:

• For Black Wind (2005, Amsterdam Sinfonietta), I designed footslaps, as well as triangles suspended from the performers' desks and wind chimes that were accelerated by huge wind fans on either side of the stage. Black Wind was a collaboration with video artist Susan Norrie.

• Particles (2011) for chamber orchestra, was initiated by quantum particle behaviour.

• Syllables to Attitudes (2012), a work for 2 female voices and orchestra, makes use of broken down language in order to avoid meaning and narrative. The conductor manages a metal bucket with pebbles and claps his way on stage and in many ways musicians and singers are strained to go beyond the conventional performance of music by means of expressing themselves in theatrical ways.

From 2016 on my style became more contemplative, smoothly flowing and melodious. Examples of this are works such as If (2016), for soprano, violin, cello and orchestra, String Quintet No. 1 (2019) which recycled music by Hildegard von Bingen, and With a Little Help From Mr. P , a violin concerto (2020) recycling music by Perotinus Magnus.

My work is published in the Netherlands by Donemus and in Australia by the Australian Music Centre. Various works are recorded on CD.

• In 1998 Symphony Australia's score reading panel advised Alchemia I for performance to the ABC orchestras, which resulted in the performance in 2005 by the Sydney Symphony Orchestra under Reinbert de Leeuw.

• Also in 1998, Entity for flute quartet received a Honourable Mention from the National Flute Association in the USA.

• In 2001 The Residentie Orchestra The Hague, one of Netherlands major orchestras, performed Time and Againunder Jac van Steen.

• In May 2006 The Violin was performed at the XXVIII Foro Internacional de Musica Nueva 'Manuel Enriquez' in Mexico City and recorded on CD by Aniko Szathmáry in August 2006.

• 'It seemed he had put the orchestral repertoire of the 20th century into a washing machine and set it to spin. It suffered from overdense scoring but, like the white wash with that red sock left in, was smattered with colour and insight'. (Sydney Morning Herald 19 July 2005)

• 'The translucent textures he created from the orchestra, even in the loudest fortissimos, were truly remarkable.' (The Australian 19 July 2005)

• '... the dense scoring of the work, where fragments, threads of theme seem to emerge, then vanish, re-emerging later, but transformed, then vanish again. The music, containing many of these tiny thematic elements, constantly twists, turns and evolves creating complex aural patterns rather then conventionally structured music... (Adelaide Festival review, 14 March 2006)