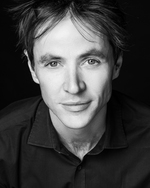 Luke Byrne is a Sydney-based composer, musical director and pianist. Recent commissions include Capricorn and Desert Sea for Sydney Philharmonia, Storm Bird, Buruwan Elegy and Birinyi for Gondwana Indigenous Children's Choir with the Australian Chamber Orchestra and Where Sails Once Flew for Adelaide Chamber Singers. Luke arranged the national anthems for the 2015 Netball World Cup and in 2012 was composer-in-residence for Sydney Children's Choir.

In 2018, Luke's musical Between the Sea and Sky was selected for the New York Musical Festival where it won awards including Best Musical and Outstanding Music.