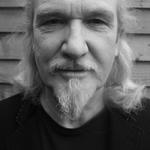 Born in 1957 and brought up by UK immigrants in Woonona, Roland Chadwick's early musical studies were with Peter Andrews and Gregory Pikler. In 1980 he began studies in the theory of music and composition with Edwin Carr at the NSW Conservatorium of Music. Later he was a member of the Sydney Opera House Bennelong Players, and a founding member of the Sydney Guitar Quartet until 1985.

Roland made his Classical Guitar début Recital at the Sydney Opera House Broadwalk Theatre in 1988. Tours of Italy, England, Sweden and Mexico followed in 1989/90 during which he was Australia's representative at Festival Cervantino in Mexico ('89).

In 1990 Roland created the Paganini Project which was a series of three concert programs with some of Australia's finest string players and, most notably, with Hartmut Lindemann, the great German viola player. He was three times a finalist in the Australian Guitar Competition and made numerous recordings for the ABC, 2MBS-FM and commercial television. His compositions have been published in Australia and in London, and he is the author of Time in Music.

In 1997 he left Australia and, after a brief and productive sojourn in LA, moved to live permanently in the UK. On his arrival in England he gave concerts in the Philharmonic Hall and Bluecoat Rooms in Liverpool and has played for most of the major guitar societies in England. He has been hailed as a guitarist's guitarist by the likes of John Renbourn and Tommy Emmanuel. His recordings with Steve Vai, Barriemore Barlow (Jethro Tull) and the English Chamber Orchestra are regarded as classics of their type.

In 2002 he formed the Modern Guitar Trio with Vincent Lindsay Clark and Roland Gallery. This group performs exclusively the compositions of the players and reached success when the San Francisco Ballet used Roland Chadwick's Wendy House Suite for a Ballet in 2009. The Trio also performed at the International Classical Guitar Festival at West Dean.