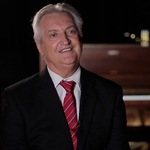 Rod Christian is a writer member of APRA/AMCOS and a well-known composer, musician and music specialist in Perth Western Australia. Rod's qualifications include a Diploma of Music Teaching and a Bachelor of Music Education, Music Major/Film and Television.

Rod has written and recorded numerous songs, jingles and music for television documentaries. He has also musically directed many school and professional productions throughout Australia. Among these was his own original musical Cruisin', which has now achieved international success. Rod is currently writing and arranging the scores for two new Australian musicals.

Rod is director of his own production company, Rodmusic Productions and is involved in numerous projects. He records many artists and is currently producing two CD projects with original songs by Rod. He is also writing two new musicals for the stage and screen. His musical agent is David Spicer Productions, Sydney Australia.

Rod also specializes in composition for choirs and ensembles. His more recent composition Western Australia premiered at the Citizenship Ceremony at Council House on Australia Day. Rod has recently completed a new work Uluru for choir and orchestra.