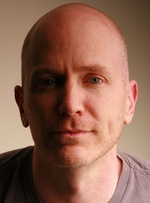 Known for his intelligent and accessible style, Crawford is a gifted, passionate melody writer. He is equally at home creating compositions that are more about texture, colour and mood; as comfortable working in his electronic studio as with a full symphony orchestra, guitar-based rock band, jazz ensemble, or musicians from a range of non-Western traditions.

Crawford is a keen collaborator and his work is sensitive to the psychological, emotional and narrative demands of whatever context he's working in. Collaborations have included contemporary songwriting and production for his pop duo MA, composing his epic, true-crime operatic collaboration Eugene & Roie (based on the Eugene Goossens scandal of 1956); working with contemporary choreographers at the Performance Space, writing intimate solo piano music, and composing the score for an SBS TV animation.

A recent finalist at the 2013 APRA Screen Music Awards for Best Television Theme for his work on ABC1's The Checkout, Drew's diverse output has been performed across Europe, North America, Asia and Australasia, and has been commissioned and presented by some of Australia's leading performing arts organisations, including the Sydney Opera House Trust, Sydney Festival, The Song Company, Opera Australia, Mardi Gras Arts Festival, Big Day Out, Melbourne Theatre Company, Sydney Theatre Company, Company B Belvoir St Theatre, Bell Shakespeare Company, SBS Independent, Zubin Kanga, One Extra Dance Co, and Kim Carpenter's Theatre of Image. Lounge Music, a self-curated night of his music, was commissioned by the Sydney Opera House Studio in 2002, and in 2008 he won the ABC Classic FM Orpheus Remix Award for his 4-minute radio opera Black Orpheus.

Drew studied composition under Ross Edwards, Peter Sculthorpe and Anne Boyd, before graduating in 1995 from Sydney University with First Class Honours & the University Medal for Music, and was later awarded his PhD in composition in 2006. For ten years Drew taught Composition and Music Production at the Australian Institute of Music and was involved in course design as well as delivery at both Undergraduate and Graduate levels. Since relocating to the UK in 2016, Drew has taught at City, University of London and is a now Lecturer in Composition at the University of Southampton Department of Music.