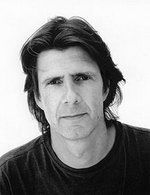 Widely regarded as one of Australia's leading screen composers and acclaimed internationally, Burkhard Dallwitz was born in Germany and began classical piano training at the age of eight. In 1979 he travelled to Australia and a year later became a permanent resident. He studied music at Latrobe University where he majored in composition (honours) and, since 1984, has worked as a composer for feature films, television and commercials.

Over the years Dallwitz has been the recipient of several APRA/AGSC Screen Music Awards and nominations. In 1999, he was awarded the Golden Globe for Best Original Score in a Motion Picture for The Truman Show. This score also won the Chicago Film Critics' Award and the ASCAP Film and Television Award, and the soundtrack reached number two on the Billboard charts.

In 2008 he was awarded the APRA/AGSC Screen Music Awards for Best Music for a Television Series for Underbelly and Best Television Theme for It's a Jungle Out There.

In 2011 he was nominated for Feature Film Score of the Year for Peter Weir's The Way Back and won the Screen Music Award for Best Music for a Mini Series or Telemovie for his score for Underbelly Files: Tell Them Lucifer Was Here.

2011 also saw him complete several overseas and local productions, among them the 4th series of Underbelly: Razor

Dallwitz has several soundtracks out on general release. He lives with his family in Melbourne and continues to work on local, European and U.S. film and television productions.