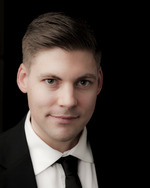 Christopher de Groot is a multi-genre, multidisciplinary composer who works heavily in the field of film and theatre. Primarily a pianist with a background in jazz and classical composition, de Groot has incorporated his interest in new music, electronics, recording techniques and cult soundtracks into his compositional practice.

De Groot studied formally for 10 years at the West Australian Academy of Performing Arts (WAAPA) where he gained a Master's degree in composition. He also taught composition and film music studies there from 2008-2012, before moving to Melbourne.

De Groot's distinctive score for Australian independent feature film Sororal (2014) has been labelled "some of the most refreshing and eclectic horror music to be heard in a contemporary film" (Mikael Carlsson - MovieScore Media). The soundtrack gained international interest, being released by acclaimed soundtrack label Screamworks Records (Sweden). It was also nominated for Feature Film Score of The Year at the 2014 APRA Screen Music Awards alongside David Hirschfelder's The Railway Man and Christopher Gordon's Adoration. With this nomination de Groot became the youngest solo nominee in the Awards' history.

De Groot's credits include 15 short films, four feature films (most recently The Burning Kiss [2014, currently in postproduction]), and four Melbourne theatre productions. Recently he was nominated for a 2015 Green Room Award for his work on Thérèse Raquin. De Groot is currently working on a one voice opera based on the 18-hour video diaries of Björk Stalker Ricardo Lopez.

In addition to de Groot's composition pursuits he performs as a free music improviser at venues such as the Make It Up Club (Melbourne), NoizeMaschin!! and Club Zho (Perth).