Evocations of caves, and of the Scottish landscape, Duncan's works have been described as colourful but haunting. 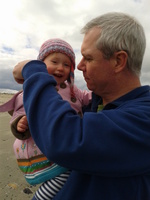 Born in 1970, in Perth, Western Australia, Wayne Duncan began trumpet lessons at age 13. After just five years he became the Australian Open trumpet champion at the National Championships held in Ipswich, Queensland. The following year he travelled to Scotland to further his career as an instrumentalist, and gained LTCL and LLCM diplomas on trumpet and cornet.

After several years involved in brass bands as a performer, arranger and conductor, he began to take an interest in composition which led to studies at Glasgow University in 1997, working under resident composers Bill Sweeney and Graham Hair. The recipient of the Sir Thomas Beecham Scholarship Award, he graduated in 2001 with a BMus (hons), and was invited to study at the Royal Scottish Academy of Music and Drama. He completed a MMus in composition studying under Scottish composer Rory Boyle, and it was during this period that Duncan's compositions displayed an eclectic style ranging from landscape works such as the piano trio Eliza's Legend written for the Hebrides Ensemble in 2001, to larger works heavily influenced by film music and the impressionism of Debussy and Ravel. His orchestral prelude Hunter's Lair premiered by the Royal Scottish National Orchestra in 2002 is indicative of this style.

After being offered a three-year scholarship, Duncan returned to his native Australia in 2004 to study at the Elder Conservatorium of Music, University of Adelaide, and completed a PhD in composition under the guidance of Graeme Koehne. Over these few years his interest in darkness as a visual and psychological sense permeated his music. His Symphony No.2 The Caves (2005) concentrated on the evocation of minute light intensities in three limestone caves at Margaret River in Western Australia, whereas his study into the children's phobia, nyctophobia (fear of the dark), resulted in Nocturne for brass sextet, percussion and recorded text premiered by the UWA Brass and Percussion in 2005.

These years in Australia saw a remarkable change of direction in Duncan's compositional style. With research into dissonance in an acoustic, physiological and psychological sense, his works became increasingly darker as experimentation with harmonic cells of dissonance dominated his works.

In 2006 Duncan returned to his adopted home of Scotland and worked as a brass instructor in Aberdeenshire before moving to the Orkney Isles in 2010 with his wife Elizabeth, who is an accomplished fiddle teacher from these islands. His recent compositions reflect the remoteness and beauty of the Orcadian landscape.