Composing music is my gateway to the soul. I feel it opens an infinite path to creative possibilities. 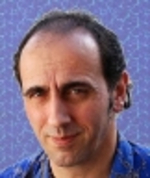 Mario Crispin Genovese absorbed the influences of his musically oriented milieu at an early age. In his early teens he acquired a guitar and was soon performing in the multiple roles of rhythm, lead and bass on his favoured instrument in school orchestras and local bands.

In 1976 he joined the Savannah Silver Band where he worked with talented songwriter Michael Savannah Silver and percussionist Alex Pertout. During this period he honed his skills as a guitarist in an unbroken schedule of live performance over the length and breadth of Australia for several years. He later worked with Pertout on his self-titled debut CD, Alex Pertout, as well as collaborating on the tune For Carlos, re-titled in 2015 to Home Again, which received complimentary reviews. He has also played and associated with many other local and international musicians such as Jim Kelly from Cross-Fire, Dale Ryder and Peter Maslen from Survival and Boom Crash Opera, Malcolm Green from Split Enz, Ross Hannaford from Daddy Cool, classical guitarists John Williams and Jochen Schubert, jazz pianists Tony Gould and Steve Sedergreen, folk singer Malachi Doyle and percussionist Johnny Tesoriero from the Pictures. He has also collaborated with Melbourne poets, Pioh and George Genovese, contributing musical arrangements and soundscapes to complement their poetry.

Genovese composes diverse pieces for an array of instruments and styles. He continues to work with small and large ensembles and is involved in session recordings for film, music videos, radio jingles and CDs. He is regularly commissioned to arrange music and studio sessions for other artists.

Apart from composing, recording and performing, he also teaches guitar, bass guitar and music theory. In 1997 he established Advance Guitar School and this led to the development of a teaching method for beginning guitarists, published as the Introductory Course for the Guitar Books 1, 2 and 3, that comprehensively supplies the necessary tools for technical and theoretical mastery. He also assists students to prepare for auditions and exams.

In 2006 he released his independently produced CD, Crossover. Most of the tracks are original guitar oriented compositions that encompass various genres of music and incorporate vocal settings in a number of them. The CD is available through the Australian Music Centre or by emailing the above address.

Genovese holds a Diploma of Music from the Victorian College of the Arts and is a full writer member of Australasian Performing Right Association Limited (APRA).