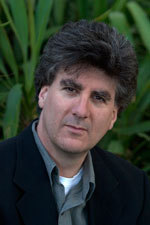 Gordon has composed for many of Australia's major celebrations, including the Opening Ceremonies of the Commonwealth Games 2006 and the Rugby World Cup Sydney 2003; the Centenary of Federation of Australia 2001; an orchestral score for a National Museum of Australia installation; and co-composed music for the Millennium Eve international telecast. In 2006, he was commissioned by the Prime Minister of Australia to arrange the official version of the Australian national anthem.

Christopher Gordon has written a number of scores for film and television, including Bruce Beresford's Mao's Last Dancer, Crawl, Daybreakers, the EMMY-nominated score for Salem's Lot, Sanctuary, Moby Dick, Sydney, A Story of a City, On the Beach, When Good Ghouls Go Bad, Much Ado About Something, and Ward 13. He also co-composed the score to Peter Weir's Master and Commander: The Far Side of the World. His scores have received wide international acclaim and many Australian Screen Music Awards.