Gould's career has embraced many styles of music, not least jazz and other improvisatory musics in addition to traditional and contemporary classical musics. 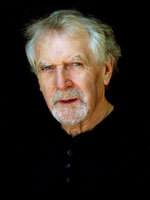 Dr Tony Gould has made an outstanding contribution to Australian music over the course of a career spanning more than 50 years. As an extraordinary pianist, composer and pioneering music educator, Gould has brought a unique voice to Australian jazz, improvisational and classical music through his extensive involvement in both performance and music education.

He has a PhD from Latrobe University, a Master of Arts from Monash University and a Bachelor of Music from the University of Melbourne. Career highlights include numerous performance and recording projects, and Australia's most prestigious award for music, the 'Don Banks Award' from the Australia Council of the Arts in 2009. In 2008 he was awarded an Order of Australia (AM).

In 2005 Tony left his position as Head (Dean) of and Associate Professor at the School of Music, Victorian College of the Arts, to pursue his performance and composition career.

Recent commissions include works for the Plexus Ensemble, the Zephyr Quartet and the Firebird Trio.