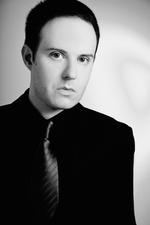 Kristian Ireland's music has received performances across Europe, the US, Australia, and Japan, by leading exponents of contemporary music. Ireland holds a Doctorate and an MA in music composition from Stanford University, where he studied primarily with Brian Ferneyhough. He attended Harvard University as a visiting scholar at the Department of Music (2009-2010), studying with Chaya Czernowin. He completed a Bachelor of Music in composition at the Victorian College of the Arts studying primarily with Chris Dench, and at Monash University.

Ireland was an artist in residence at Villa Sträuli (Switzerland, 2012), Künstlerhaus Schloss Wiepersdorf (Germany, 2012), La Napoule Art Foundation (Côte d'Azur, France, 2011), the Banff Centre (2009), the Denkmalschmiede Höfgen (Germany, 2008), a Japan Foundation Artist Fellow (Japan, 2003), a stipendiary of the Brandenburg Ministry of Science, Research, and Culture (Germany, 2012), and the Goethe-Institut (Berlin, 2012). He was a finalist in Der Staubachpreis Competition at the 2008 Darmstädter Ferienkurse für Neue Musik. The event is documented in UK-based filmmaker Andrew Chesher's Knots and Fields, and was broadcast on hr2-kultur (German radio).

Ireland's music is published by Edition Gravis (Berlin), is available on the innova label (American Composers Forum), and has received radio broadcast in Europe, the USA, and Australia.

He conducted research at the Archivio Luigi Nono (Venice, Italy, 2005), the Toho Gakuen School of Music (Tokyo, 2003), the Kyoto City University of the Arts (Kyoto, 2003), and with the Kyoto Gagaku Association Ensemble, at the Nishiki-tenmangu shrine (Kyoto, 2003). He is the recipient of numerous international arts grants.