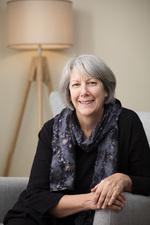 Wendy Ireland was a cellist, conductor, composer and teacher with a life-long involvement in music education. A conservatorium graduate in 1980, majoring in cello and studying with Algimantis Motiekaitis, Ireland later obtained a Master of Music (performance) degree at Newcastle University (2001), majoring in conducting and the development of string ensemble programs.

As a professional cellist, teacher and conductor, Ireland held positions with the Sydney and Newcastle Conservatoriums, the Hunter Orchestra, the Sydney Youth Orchestra and a number of schools in the Sydney, Newcastle and Central Coast regions. Ireland was the founding Director of Newcastle's Hunter Strings.

Ireland began composing for choirs and stringed instruments in 2001. In 2004, five of her children's songs were selected and subsequently published by Alfred Publishing Australia. In 2002 Ireland began a long-term project of writing and self-publishing an extensive Junior School String program, titled Exploring Strings. Ireland was offered representation as an Associate artist by the Australian Music Centre in 2005.

During the past 15 years she had works commissioned and recorded by a wide range of youth ensembles and choirs, including Hunter Singers and Newcastle Grammar School. Two of her viola pieces were included in the 2007 AMEB syllabus and her song Mosquitoes was selected for the 2007 ABC Sing book.

Ireland's last commissions included a work for string orchestra Mala Rain for the 2016 Festival of Instrumental Music at the Opera House, and a series of works, subtitled 'Kitty Miniatures' for viola and piano, for an anthology of viola works by women composers commissioned by Dr Cora Cooper, Professor of Violin at Kansas State University.

Ireland was the Coordinator of Strings at Sydney Girls High School where she directed the School's Symphony Orchestra, Chamber Orchestra and Sinfonia. She also directed the senior string orchestra at Moriah College. She was a regular guest conductor and workshop presenter for many regional schools and Conservatoriums in NSW.

In 2020, Wendy Ireland was posthumously awarded a Medal of the Order of Australia (OAM) for service to music education, in the Queen's Birthday Honours list.