In my music there is a sense of viciousness, excitement, and kinetic quality that is created from dissonant harmonies contrasted with eccentric ideas, and convulsive rhythms. These musical principles are inspired from multimedia elements that work through a visual cyclic sound process to ultimately enrich my sonic creativity. 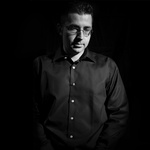 Petar Jovanov holds a Doctor of Creative Arts degree (DCA), and a Bachelor of Music Honours (BMus Hons.) from Western Sydney University. His compositional craft operates with a cross-cultural aesthetic that is strongly influenced from Macedonian folk music, and infused with 21st century contemporary music techniques. Jovanov's aesthetic is further embellished through the employment of Southeast Asian sonic resonances, dissonance, eccentric figures, and convulsive rhythms resulting in a style that has ferocious excitement and a kinetic quality. Furthermore, his craft is exploited through multi-media elements that operate on a visual cyclic sound process, thus enriching his sonic creativity.

In 2013 Jovanov represented Australia with his composition Strange Ways (2013) as young composer at the 31st Asian Composers League Festival which was held in Singapore. Also in 2013, Petar composed an original film-score for the short film The Water Vessel (dir. Iqbal Barkat, 2013). This film was an official selection for the 2014 Los Angeles Asian Pacific Film Festival. It also won an award of merit at the Indie Fest in 2013.

In 2016 Jovanov was accepted into the Summer Composition Intensive Program at St Mary's College - University of Notre Dame South Bend, Indiana. Also in 2016 he was awarded a four-week artist residency at the Kimmel Harding Nelson Centre for the Arts in Nebraska.

Yearning (2015) for violin and cello, was selected by the London music label RMN Classical for inclusion in the release titled Contemporary Collection Vol. 4. His composition One Day in Bitola (2016) for orchestra was selected by ABLAZE Records and recorded in June 2017 by the Brno Philharmonic Orchestra in the Czech Republic. The composition will be featured on the album Orchestral Masters Volume 5 which will be released in May 2018.

Most recently he was accepted into the Oregon Bach Festival Composers Symposium (OBFCS) New Sound Waves 2018 at the University of Oregon.