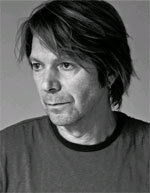 Roger Mason came to screen composing from the world of contemporary music although began learning classical piano at the age of three before studying at the Melbourne Conservatory of Music. He recorded and toured internationally as keyboard player with Gary Numan before returning to Australia to join the Models, a band that achieved both national and international success.

He was the first non-American composer to be granted a scholarship by the Robert Redford Sundance Institute. This provided him with the opportunity to study under the acclaimed screen composers David Newman, Alan Silvestri, Danny Elfman and Michael Kamen. His first venture into film score, the feature film Aya (1990), was nominated for the AFI Award for Best Original Score after which he worked for several years composing in Los Angeles.