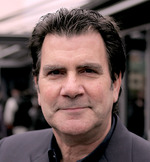 Two-time EMMY winner, APRA award winner and composer for a myriad of TV series and movies both in Australia and the USA, Art Phillips began his music career in the early '70s as guitarist in Los Angeles. He made a name for himself as one of LA's top recording session guitarists, working and performing with the likes of Barry Manilow, Minnie Riperton, The Carpenters television specials/NBC TV, Dory Previn, Burl Ives, Demis Roussos and The Lettermen. In addition, Art composed music for the television series Santa Barbara, receiving two Emmy Awards (1987 and 1988) for Outstanding Music Composition in a Drama Series from the National Academy of Television Arts & Sciences.

Art's early composition credits include writing incidental music for the US television series The Love Boat, as well as the top 10 R&B single 'Here We Go' for recording artist Minnie Riperton, and the Motown Record release Now That I Have You for recording artist Teena Marie from the album Lady T.

Art is the owner and director of his own production music library company, 101 Music Pty Ltd, with 41 album releases in his catalogue with distribution and representation in 74 countries.

In 2016, Art was appointed Deputy Chair of the Academic Board of the Australian Institute of Music (AIM), and has been an Academic Board member since 2013.

Phillips is a councillor for Music Australia (formerly the Music Council of Australia) representing Music in Film and Television (2005-current).

In 2011, Art was Consultant to the University of Western Sydney College's Associate Degree in Creative Industries program where he supervised and delivered a series of case studies for the units. He was also Chair of the Course Advisory Committee at UWSCollege (2011-2013).

Art has passed on his knowledge and expertise to countless students at Universities and Institutions across Australia and abroad, and is an active and valued member of the music community in Australia.

Phillips holds a Master of Music Studies degree from the Queensland Conservatorium of Music, Griffith University (1999).

With many credits to his name, his list of honours is equally impressive. In 2018, Art received a Global Music Award for his album Italian Holiday, from his production music catalogue 101 Music Pty Ltd. Also In 2018, Art was nominated in the Production Music Association 'Mark Awards' (USA) for Best Jazz Artist for his album Italian Holiday featuring Phillips on electric and acoustic guitars, released by his record label 101 Music Pty Ltd..

In 2004, he was awarded Best Original Song in the Johnny Dennis Trust Music Awards for 'One Step Closer'.

In 1996, Art was nominated by the Australian Guild of Screen Composers/APRA Screen Music Awards for Best Soundtrack Album for the production music album Dramatic Impact 1.

In 1995, Phillips was awarded the APRA Award for Best Soundtrack Album for his musical score to the ABC television series The Flying Vet.

In 1990, Art was nominated in the Australian Film Institute - AFI awards for Best Original Music in a Feature Film for Sher Mountain Mystery.

In 1984, he was awarded the RIAA Certified Gold Record Sales Award for 'Here Comes The Night' and 'A Touch More Magic' (albums) by recording artist Barry Manilow (Arista).

In 1981, he was awarded the RIAA Certified Gold Record Sales Award for Another Chapter, recording artist John Rowles's (EMI Records), album produced, arranged and orchestrated by Art Phillips. He also appears as recording guitarist on the album.