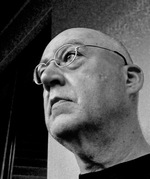 ... [a] composer who deserves wider performance and appreciation ... muscular, serious, well-constructed scores... (Larry Sitsky, The Next Wave of Modernism).

Since graduating from the University of Adelaide, John Polglase has dedicated himself to composing music for the concert platform, with over 90 acknowledged works. His output covers a wide range of music from solo, orchestral and chamber music to works for choir, solo voice and dance.

His music has been widely recorded and broadcast on ABC Classic FM and the Fine Music broadcasting network, as well as overseas, particularly in Switzerland where he has a close relationship to performing ensembles in Zürich and Geneva.

In May 2006 Polglase was awarded the inaugural Schueler Award for Orchestral Composition. This privately funded commission resulted in the orchestral work Song of Stone, premiered in 2007 as part of the Adelaide Symphony Orchestra's premiere concert season.

In 2002 he was awarded a Mid-Career Fellowship by Arts SA to compose new works for the Langbein String Quartet (Adelaide) and the Seraphim Piano Trio (Melbourne), for studio recording and CD release by ABC Classic FM, and for running a workshop series at the Elder Conservatorium of Music for students of composition and performance.

During 2001 he acted as composer in residence with the Adelaide Symphony Orchestra as part of Symphony Australia's Composer Attachment Scheme, writing new works for the orchestra: Capriccio for violin and orchestra; Sehnen und Verlangen for eight cellos; and Fires Pale and Bright for orchestral winds, brass and percussion.

During 1999 he was awarded a Fellowship from the Winston Churchill Memorial Trust and spent time in Zürich with the Swiss string sextet Die Kammermusiker Zürich, composing new works and acting as composer in residence at the Swiss festival Die KulturHerbst Bündner Herschafft. He was subsequently invited to return for a second residency.

Currently Polglase is composing an extended set of variations on a short Air by Henry Purcell, reflecting an ongoing interest in the keyboard music of English Renaissance.

His recently completed works include: Variations on an Air by Purcell for solo piano; 11 Vignettes for two violins; String Quartet no. 6; Symphony no.5 - a large-scale five-movement work of approximately 65 minutes' duration; Trio no.7, for violin clarinet and piano, commissioned by Plexus of Melbourne.

Works commissioned include: String Sextet and String Quintet for the Zürich based ensemble Die Kammermusiker Zürich; Piano Trio and Piano Quartet for the Swiss ensemble the Sartory Trio; orchestral works for the Adelaide and Tasmanian Symphony Orchestras; Capriccio for violin and orchestra for the Adelaide Symphony Orchestra; Concerto for Viola and Orchestra for the Swiss violist Jürg Dähler; Lines from Ovid's Amores for the National Choral Association of Australia; Rhapsody for cello, harp and strings for the Adelaide Chamber Orchestra; Quiet This Metal and Fragments for solo piano.

Polglase's prizes, scholarships and residencies include the aforementioned Inaugural Schueler Award for Orchestral Composition (2006), the Arts SA Fellowship and the residency with the Adelaide Symphony Orchestra, the two residencies at Das KulturHerbst BündnerHerrschaft in Switzerland; as well as an Australian Music Centre Award for the best new work (2000, for moon-dog dances); 'Leonardo Prize' (1st prize) for String Trio (1993); Australia Council Composer Fellowship; and numerous other awards

His other activities are centred around teaching, both at the Elder Conservatorium of Music and privately, subjects ranging widely from Medieval and Renaissance counterpoint through to 16th-19th century practice and beyond, including orchestration, composition and analysis. In the past he acted as a co-director of the Firm, organising a yearly concert series in Adelaide featuring newly composed works together with works from the broader repertoire.

'I look forward to the next piece by this gifted composer' - Tristram Cary, The Australian.