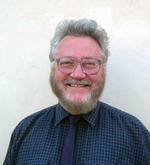 Graham Powning was born in Sydney in 1949. A graduate of the New South Wales Conservatorium of Music, Powning studied flute with Victor McMahon, oboe with Guy Henderson and composition with Raymon Hanson. He worked as oboist, including Principal Oboe in the Elizabethan Sydney Orchestra (now the Australian Opera and Ballet Orchestra), and held teaching positions at the New South Wales, Newcastle and NSW Central Coast Conservatoriums of Music. He also appeared as soloist and was the first Australian oboist to give a lecture recital at the Florida Double Reed Convention (1983).

Graham Powning's compositions demonstrate a high degree of invention, wit, and creativity. An imaginative and prolific composer, Powning wrote in a style which, while unquestionably a product of recent decades, retains an attractive and lyrical quality. He composed over 800 pieces of music, mainly for woodwinds, including numerous solo works - many of these familiar to Australian music students and teachers - as well as ensemble pieces, often in unique combinations. These include more than 100 trios for two oboes and cor anglais. His output also includes two symphonies, concertos for oboe, flute and bassoon, overtures and other orchestral works, and more than 50 string quartets. Powning also wrote works for string and brass ensembles, choirs, piano, organ and percussion. His works have been published in Australia, USA, UK and elsewhere in Europe. He received several commissions from overseas, especially for flute and clarinet conventions. His compositions have often been used for examinations, scholarship auditions, and competitions.

Powning was awarded the Queen Elizabeth Jubilee Medal for services to music in 1977.

Graham Powning passed away in February 2020.