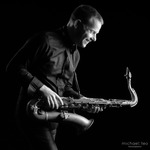 Paul van Ross is a seasoned performer of extraordinary versatility, specialising in woodwind instruments, in improvised or more classical-based settings.

Paul has toured the world performing at clubs & hotels and co-led 13 tours to New Zealand. He has released three albums under his own name and is active as a performer and recording artist. His album The Buck Stops Here was released at end 2012, and his trio toured New Zealand, promoting the record, in 2013. In 2013 Paul visited New York, Cuba and Europe for a musical intensive, recording two new albums and furthering his musical skills.