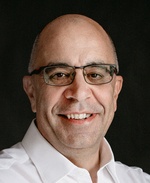 Robert Smallwood studied clarinet with Phillip Miechel and Isobel Carter, and composition with Barry Conyngham and Nigel Butterley. He graduated from the University of Melbourne with a Bachelor of Music degree with first class honours in composition in 1979. The following year he began a Master of Music degree in composition, supervised by Peter Tahourdin, and was awarded the Florence Bradfield Scholarship. Offers of employment in 1981 led Smallwood to transfer to part-time study, and then to defer his studies for a year in 1983. Upon his return to part-time study in 1984, he was awarded the University of Melbourne Part-Time Postgraduate Scholarship.

Smallwood has established a considerable reputation in Australia not only for his compositions, but also for his conducting, of new music in particular, and for the innovative programmes he has developed both to give further exposure to new music and give access to musical programmes to communities remote from the mainstream of Australian cultural life. At the age of twenty Smallwood founded an ensemble "to specialise in contemporary music, to give fellow young composers the opportunity to have their works played in public, and to perform these works within the context of the established twentieth-century repertoire (Australian, European and American)". This ensemble was invited by Barry Conyngham to become the resident ensemble for the 'New Audience' series of concerts at Melbourne University, and so came to be called the New Audience Ensemble. From 1979 to 1984 Smallwood was also conductor and musical director for the New Audience Series, and he has followed this by the conducting and musical direction of many ensembles and productions.

Smallwood has been awarded a number of scholarships and prizes for composition, including the Dorian Le Gallienne Award (1980) and a scholarship to attend the Second Summer School for Young Australian Composers in 1981. Having been awarded an Australia Council International Study Grant in 1985, Smallwood was able to undertake further tuition in composition and conducting in Europe and the UK. In June of that year he toured Scandinavia, observing contemporary music and its support structures. This was followed, in July and August, by studies with Franco Ferrara at the Accademia Chigiana in Siena. He also attended a course in analysis given by Sir Peter Maxwell Davies while at Siena. Moving on to London in September, Smallwood was able to attend rehearsals of the London Symphony Orchestra to observe Claudio Abbado's rehearsal techniques during preparations for part of the series 'Mahler, Vienna and the Twentieth Century'.

After a brief return to Melbourne to rehearse and conduct his Elements for a performance in the presence of the Prince and Princess of Wales, Smallwood returned to Britain as guest composer/conductor-in-residence at the Royal Northern College of Music in Manchester. He attended private lessons in conducting with Nicholas Braithwaite in London in January and February, 1986, and after founding Orchestra Australis (London), he conducted that ensemble's inaugural concert in early March.

Smallwood returned to Australia and attended the ABC Conducting Workshop in Brisbane and Sydney in April and May of 1986. He took up the position of Musician-in-Residence in Orange, NSW, in 1987, where he remained until 1990, in that time being also the founder and director of the Orange Regional Orchestral Workshop, a weekend camp for amateur musicians to receive tuition from professional musicians in orchestral repertoire. He was Director of the Orange Music Festival in 1989 and 1990.

While in Orange, Smallwood continued to be involved in musical activities in Melbourne, Sydney, Wollongong and Bathurst, being guest conductor for the Elision ensemble, a tutor at the National Summer School for Singers in Bathurst, Musical Director for Peter Tahourdin's Ern Malley - A Dramatic Testament, and Michael Barkl's The Animals Noah Forgot, conductor for a New Directions concert of two monodramas by Gillian Whitehead, and Musical Director for Piaf - The Songs and the Story by John Derum during this time.

Smallwood has been the recipient of commissions from the Dand

Biography provided by the composer — current to April 2007