Jason is a singer-songwriter, composer and musician. 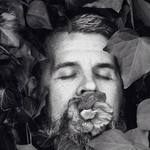 Jason Sweeney is a singer-songwriter, composer and musician. He has released CDs, vinyl and digital albums internationally since 1996. Active recording/music projects include his solo Sweeney project and Panoptique Electrical. Previous projects include the Millards (1991-1993), Sweet William and Simpático (1996-2003), through to the electro-pop projects Pretty Boy Crossover, School of Two, Mist & Sea and Other People's Children (2004-2010), and, recently, Winter Witches.

Jason's music are based around themes of queerness, nature, ancient magic, goddesses, transcendence, love lost and love found. The album traverses the tender terrain of life after death, the power of female entities in forgotten histories, tales of queer love, the fragility of the natural world and a desired end to brutal masculinity. The songs and compositions are spacious, minor key, often with an electronic underscore, minimal in form allowing the storytelling to be at the fore.