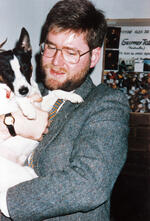 On December 28, 2004 in Gulangyu, China, Geoffrey Tozer gave the last great recital of his career. He played some of the most difficult music written for the piano: from Scarlatti to Scriabin, Bach to Bartok and Mozart to Medtner. The three hour recital was filmed and Tozer performed magnificently although he was suffering from illness, compounded by the long term effects of hepatitis, contracted during his Asian tour in 1974. Tozer died on August 21, 2009, bringing to a premature end the most extensive and honoured career of any Australian pianist to that time.

In 1992, Tozer was nominated for the Grammy Award for Best Classical Performance. He was at the peak of his powers and the Grammy nomination, along with the Diapason D'Or awarded to him in France, recognized him as one of the world's leading pianists.

Tozer gave his first recital (televised) at five (a recording of which still exists). He performed Bach's F Minor concerto, with the Melbourne Symphony Orchestra at the age of eight. During the next five years he composed and built a substantial repertoire, giving recitals and concerts with leading orchestras in Australia. At ten he composed a piano concerto and was broadcast on ABC Radio playing his composition, 'The Frank Bridge Suite'. At thirteen, he became the world's youngest recipient of a Churchill Fellowship. In 1969, Tozer became the youngest ever semi-finalist in the Leeds Piano Competition. In 1970 he won first prize in the Alex de Vries Piano Competition in Belgium and first prize in the Royal Overseas League Competition. He was invited to play for the Royal Family and was presented to the Queen. In August 1970, aged fifteen, he made his debut at the Albert Hall in London, performing Mozart's Piano Concerto No 15. Engagements followed in the United Kingdom and Europe, including a Beethoven Sonata at E M Forster's Memorial Service, appearances with Daniel Barenboim's English Chamber Orchestra and, at the invitation of Benjamin Britten, performances with Rostropovich at the 1971 Aldeburgh Festival.

Back in Australia (1972 - 1978) Tozer performed constantly there and periodically overseas. He continued to compose, made recordings for ABC radio, was awarded a second Churchill Fellowship (1973) and distinguished himself in the world's leading piano competitions: Van Cliburn (1973 and 1977), Leeds (1977), Rubinstein (1977) and Tchaikovsky (1978) in which he audaciously played his own Fugue in C#. By 1978, he had already composed at least 150 pieces of music for piano and other instruments, including the haunting Sonata in C (1978) and the extraordinarily difficult Prelude in C# (1978). In 1979, he returned to London and, in 1980, won the Gold Medal in the Third Rubinstein Piano Competition in Israel. He was just twenty-five at the pinnacle of his achievements in competitions and ready for his career as a major concert artist.

An extensive touring schedule in Australasia, Europe, Asia and many parts of the Americas, was coupled with his adult recording career. In 1981, at the invitation of Maria Curcio, he travelled to Venezuela to give Master Classes. He was appointed Artist-in-Residence at the University of Michigan, Ann Arbor (1982-1983), returning annually to Australia for concert tours. In 1981 the ABC filmed complete recordings of Tozer performing Beethoven's Emperor Concerto and Mozart's Piano Concerto No.16 with the Sydney Symphony Orchestra. In 1982, Tozer toured Australia, concluding with four performances of Medtner's Piano Concerto No.2 at the Sydney Town Hall and the Sydney Opera House, where his performance of the Medtner concerto was filmed and broadcast by the ABC.

In 1986, the ABC released Tozer's first classical LP, the John Ireland Piano Concerto with the Melbourne Symphony Orchestra, followed by three other Australian commercial releases of Tozer at the piano. In 1986, Liszt's centenary year, the Hungarian Government awarded Tozer the Liszt Centenary Medal. In 1987, Tozer made his debut at the Vigado in Budapest, where Liszt himself had performed.

In 1989, Tozer was one of seven recipients of the first series of Australian Artists Creative Fellowships. Tozer signed a long-term contract with Chandos, beginning a period of remarkable output that produced thirty-four CDs in twelve years. Tozer's first Chandos recording, the Complete Piano Concertos of Nikolai Medtner, with the London Philharmonic Orchestra, was recognized as 'a landmark in recording history' and he was honoured with a Grammy nomination (1992) and won the Diapason D'Or (France). In 1993, Tozer was described by the leading French critic, Alain Cochard, as 'a grand master' of the piano. He was awarded a second AAC Fellowship in 1993 and continued to live in Australia.

1997 was one of the pinnacles in Tozer's career. He performed concertos of Tchaikovsky and Brahms in America, Chopin rarities for piano and orchestra in Australia, the London premiere performance of the Gerhard Piano Concerto and, while giving numerous recitals in several countries. He recorded five compact discs for Chandos, including music of Percy Grainger for piano and orchestra.

By 2001, Tozer was invited to play the Yellow River Concerto having performed in China on numerous occasions. It was broadcast and seen live by an estimated 80 million people. The same year, Tozer opened the piano festival En Blanco Y Negro in Mexico City; performed the Schnabel Piano Sonatas for the Berlin Festival; and gave an all-Medtner recital at the Assembly Hall in Melbourne, Australia. Tozer made his final recording with Chandos in 2003. Entitled Medtner Goethe Lieder, it was acclaimed by Gramophone.

In 2005, Tozer performed one of Miriam Hyde's two piano concertos in Sydney, and the second Rachmaninoff Concerto in Perth with a youth orchestra. He gave numerous recitals, often for charity and, occasionally, on ABC live radio. In March 2009, Tozer performed in three variety concerts at the Sydney Entertainment Centre, for a total audience of 30,000 people. It was a brief reminder of his glory days and his last major engagement.