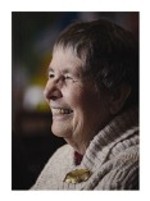 Dindy Vaughan is a writer, educator, environmentalist and composer. A graduate BA (Hons) Sydney and MA Flinders, she has held tertiary lectureships at RMIT and VUT, as well as being an Academic Assessor for Deakin University.

Dindy Vaughan's compositions range widely, encompassing vocal, choral, chamber, keyboard and orchestral works, as well as youth music and music for theatrical productions. In 2006 she was commissioned to write a choral symphony, celebrating the Great South West Walk; this was premiered in Portland by Music Glenelg Festival Singers and the Royal Melbourne Philharmonic Orchestra, conducted by Andrew Wailes, and was greeted with a standing ovation. Discovery Symphony is now available on CD/DVD, with visuals by Peter Corbett.

Prior to the writing of this work, Dindy Vaughan had worked with Anne Norman (shakuhachi) and Peter Hagen (harpsichord), producing the CD Up the Creek, works concerned with the the present state, and future, of Australian waterways; with this she was a finalist in the Australian Classical Music Awards in 2006.

Recent compositions include the orchestral work Melbourne Suite - In Memoriam Matthew Krel (2010, requested by Matthew shortly before his untimely death), Sea Shells on Bruny (2010) for soprano and string quartet, for Suzie LeBlanc, Nu Day (2008-2010), twelve pieces for the year of the Apology performed by David Lempriere Laughton at the Art Gallery of Ballarat in 2015 during the Victorian Indigenous Art Awards, and Violin Sonata No 2, Montsalvat, written during and after holding an artist in residence position at Montsalvat, and both performed and recorded by Helen Ayres (Violin) and Larissa Cox (piano).

Current projects include production of a new CD Homecoming, with works for clarinet, flute, cello and piano, with performers Craig Hill, Mardi McSullea, Rosanne Hunt, Tamara Kohler and Larissa Cox (to be issued in Spring 2016), a CD of the piano suite Nu Day, performed by David Lempriere Laughton, and a CD of Recollections from Childhood, piano music sketches, and poetry by Jane Vaughan Donnelly.

Dindy Vaughan has worked extensively in community research and development, including oral history, adult education, Australian social history and environmental programs. Through her business, Gallery Without Walls, she has worked closely with artists, writers and musicians, integrating programs and organising performances, exhibitions and events. Her publications include books, music scores and articles.

In 1996 Dindy Vaughan was the recipient of the prestigious University of Sydney Alumni Award for Achievement in Community Service. She appears in Marquis Who's Who in the World Millenium 2000 Edition and subsequent editions, as well as other national and international biographies.