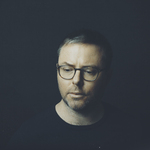 Wales's name is synonymous with contemporary dance. Recent Commissions include collaborations with Marina Mascarelle for Ballet de l'Opéra de Lyon and Marrugeku for Le Dernier Appel. He has scored several major Sydney Dance Company works in collaboration with artistic director Rafael Bonachela since 2012. His baroque-meets-electronica soundtrack for 2 One Another saw 100 performances worldwide and was followed by 2 in D Minor,Scattered Rhymes (with Tarik O'Reagan) and the jagged glitch and chilling vocals of Emergence, written in partnership with singer-songstress Sarah Blasko. A knife's edge of light and dark, Ab Intra, his latest production with Bonachela has toured internationally since 2019.

He has composed eight dance theatre pieces for Sean Parker and Company, including the Helpmann Award nominated AM I, The Yard, This Show is About People and the internationally performed Happy as Larry, Spill and Trollys.

In 2019 Nick co-curated the soundscapes for the Powerhouse Museum's retrospective exhibition 'Step Into Paradise' featuring the fashion of Jenny Kee and Linda Jackson. 2020 saw Nick return to the Powerhouse museum to co-create the musical score for the Maton Guitar exhibition with collaborators Stereogamous.

While Wales's contemporary dance scores are both challenging and abstract, his pop sensibilities are undeniable. Traversing all genres as a founding member of ARIA nominated classical-fusion band CODA, he has also collaborated with Sarah Blasko for a number of years, writing the orchestral arrangements for her 2012 album I Awake and co-writing material and string arrangements for her albums on Eternal Return and Depth of Field.

A master of building tension, drama and spectacle, he has soundtracked the Netflix featire 'True Spirit' and 'Around the Block' a feature film starring Hunter Page-Lochard and Christina Ricci.

Whether it be in the art or commercial sphere, Wales's innate craft will transform movement, space and screen into the extraordinary.