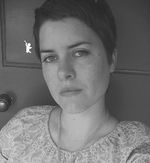 Melita White was born in Adelaide, where she studied and worked as a composer and musician until 2000. White was a member of Adelaide's experimental composer-performer group ACME New Music Co. from 1993 to 1995. This experience provided non-academic, intensive training in experimental composition and contemporary performance, and also included periods of study with composer Raymond Chapman Smith.

In 1995 White founded the new music ensemble Auricle and was artistic director, concert manager, composer and performer with the ensemble until 2001. Auricle was one of the most active new music ensembles in Adelaide at this time, and the group premiered many new works by Australian composers. With Auricle, White developed innovative, themed concerts, including a touring program of works by Australian women composers. Auricle also provided employment for dozens of young, talented Adelaide musicians, introducing them to contemporary repertoire and enabling them to work directly with composers.

In 2000, White took part in a two-day composition workshop with composer Philip Glass in Perth. Soon after, she moved to Melbourne to study composition at Monash University with Catherine Schieve and Thomas Reiner. White completed a Bachelor of Arts (Honours) majoring in composition and a Master of Arts (Music Composition). She received numerous scholarships and awards, including the Australian Postgraduate Award, an Australian Federation of University Women award, and the Monash University Dean's Scholars Award.

White has written instrumental and electroacoustic works in a range of styles. These include experimental works, her own 'Neoplastic' style of music (based on the work of artist Piet Mondrian), twelve-tone music, and musique concrète. The use of text and the voice have also featured prominently in White's recent music.

Her focus since 2002 has been on researching women's music, developing theories about feminist methods of composition, and creating a body of feminist works. These foci formed the basis of her Masters folio in composition.

Her most recent work is concerned with feminist and personal themes and is built upon conceptual foundations. She enjoys finding sonic equivalences for what are often considered extramusical ideas. White believes that the elements of a musical composition are inextricably linked to, and are an expression of, the society in which it was created. She sees art and composition as powerful tools that can bring about personal and social awareness and change.

Significant recent works include Pope Joan, an electroacoustic piece about the life of a female pope; The Third Day for two alto recorders, a work based on a text in Nushu, a secret Chinese women's language; and Traces, an electroacoustic work about her father's experience of Alzheimer's disease. White received an Arts Development Grant from Arts Victoria to create Traces in 2008.

White's music has been performed at the Barossa International Music Festival, the Australian Women's Music Festival, at the London Portrait Gallery, and the 2008 Beijing International Congress of Women in Music. Both ACME and Auricle performed her music extensively. Her compositions have also been performed by renowned Australian flautist Geoffrey Collins, The Firm, Halcyon, The Seraphim Trio, and re-sound new music ensemble. White's music has been broadcast on radio stations including ABC Classic FM, 5MBS, and RTR FM's Difficult Listening program.