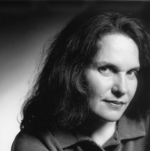 Born in Sydney in 1958, Barbara Woof studied composition with Peter Sculthorpe at the University of Sydney, graduating in 1981 with a Bachelor of Music with First Class Honours. Upon receipt of a travelling scholarship, she continued her composition studies in the Netherlands, studying with Jan van Vlijmen and Jan Boerman (electronic music) at the Royal Conservatorium in The Hague. She also studied analogue studio techniques at the Institute of Sonology (Utrecht) with Jaap Vink

Woof's musical activities since then have been for the most part based in Holland, where she has obtained commissions from various Dutch organisations and performing groups. Since 1988 she has taught twentieth-century music analysis and instrumentation as a member of the staff of the Faculty of Art, Media and Technology at the Utrecht School of Arts. 1992 saw her return to Australia for one year as composer-in-residence with the Sydney Symphony Orchestra, writing orchestral music and working in the Education Programme.

Of prime importance to Woof is the retention of the integrity of the composition. Her ideal is "to produce a composition which is unified in concept but which cannot be placed into a particular mould. A musical language should be developed for each piece in which a range of musical and formal ideas can be used so that through their integration and transformation something can be produced that is at least interesting, and hopefully, unique." (NMA No. 4, 1985).