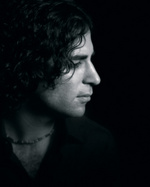 Michael Yezerski is a multi-award winning composer, music producer and songwriter who has composed music for some of the most celebrated international and Australian film productions of the last few years. Career highlights include The Black Balloon (Best Picture, AFI Awards), The Lost Thing (Academy Award for Best Animated Short) and PJ Hogan's box office hit Mental. Under Steve Jablonsky, he has recently written additional music for Transformers 4: Age of Extinction.

Yezerski is known for his extensive musical range and unique sound. He is equally comfortable with large-scale action drama (Drift, Storm Surfers 3D) as he is with intimate character studies such as The Turning (starring Rose Byrne and Miranda Otto) and Josh Lawson's darkly comedic The Little Death. He has also worked extensively in television with Australia's highest rating drama A Place To Call Home and the biopic Carlotta.

On the concert stage, his works include The Red Tree for the Australian Chamber Orchestra and Kaddish Avelim for the Sydney Chamber Choir.

Michael Yezerski has been nominated three times for the highest accolade in Australian Film, the AACTA Award. He has won five APRA-AGSC Australian Screen Music Awards (with many further nominations), Gold Medals at the Park City Film Music Festival, the APRA Professional Development Award, Best Classical Artist at MusicOz as well as nominations from the if Awards, MusicOz Awards and two nominations from the Film Critics of Australia Awards. He has been called a 'rising star' of Australian music and was included in the Sydney Morning Herald's list of 'People to Watch'.

Yezerski studied musical composition under world-renowned composers Peter Sculthorpe and Ross Edwards at the University of Sydney, graduating with first-class honours. He then graduated with distinction in audio technology from the Australian Institute of Music and completed film music studies at the Australian Film, Television and Radio School.

He has written for some of Australia's finest musicians including the Australian Chamber Orchestra, Gondwana Voices, Synergy Percussion, violinist Richard Tognetti, Josh Pyke and David Campbell. His regular collaborators include Tognetti and the artist Shaun Tan (The Red Tree, The Lost Thing).