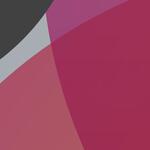 Richard Strauss conceived his Metamorphosen as a threnody for Germany’s musical culture in the wake of the Second World War. Twenty-three string soloists voice distinct lamentations that culminate in a tour de force of orchestral desolation. And yet, the title – borrowed from the poet Johann Wolfgang von Goethe – holds a small seed of hope for rebirth or renewal. The final bars of Metamorphosen quote from an earlier funeral march, from Ludwig van Beethoven’s ‘Eroica’ Symphony. Originally dedicated to Napoleon Bonaparte, Beethoven famously struck the inscription from the score and offered it instead ‘to the memory of a great man’: a greatness tarnished by hubris. Great depths of idealism and disillusionment are held in the harmonic climax, as the music climbs to an astonishingly high point of tension. Beethoven had hoped that Napoleon would inspire a humanist, egalitarian Europe; with a powerful and startlingly original dissonance based on F major, the composer issues his own call to revolution, condemning greed, oppression and the lust for power. These works of raw intensity find a peaceful counterpoint in Malcolm Williamson’s Second Piano Concerto. Composed over just eight days in 1960, Williamson described the piece as ‘an overtly Australian work aiming at spontaneity and vigour rather than profundity.’ Joyful, tuneful and exuberant, the concerto reflects the composer’s eclectic influences, from Igor Stravinsky and Béla Bartók to George Gershwin and Edward Elgar.

Further information for this event is available online at the event's website or by phone on 0262 479 191 or by email to tickets@cso.org.au