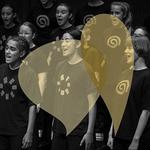 Bringing together singers from across the country, the Overture concert showcases all six Gondwana National Choirs ensembles: Junior Gondwana, Gondwana Novus, Gondwana Voices, Gondwana Singers, Gondwana Chorale, and the specially formed Gondwana World Symposium Choir. Under the direction of Australia’s finest choral conductors, these performances set the standard for choral performance nationally with repertoire from around the world.

The grand Finale will again feature all six Gondwana National Choirs ensembles. This evening of song will include an exciting world premiere of a new work for the combined ensembles by Australian composer Lisa Young.

Further information for this event is available online at the event's website or by phone on (02) 9361 9900 or by email to marketing@gondwana.org.au