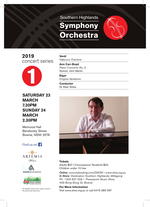 Both John and Ann are residents of the Highlands. In a colourful career of great variety, John Martin has become very well known and celebrated as a sensitive and entertaining performer. He has recently gained a lot of notice for a cameo as the department store pianist in Bruce Beresford’s movie Ladies In Black! As pianist and Music Director, John has worked with many stars of the Australian and international concert and theatre scenes, including such singers as Peter Cousens, David Hobson, Marina Prior, Mark Vincent, the Australian Tenors, the Ten Sopranos, Teddy Tahu Rhodes, Amelia Farrugia, Julie Lea Goodwin, Jacqueline Porter, Greta Bradman, and Geoffrey Chard. He has worked with many of the best instrumentalists also, toured China in June with frequent collaborator flautist Jane Rutter. Next year they will be doing a local tour along with Peter Cousens. He has also worked regularly with theatrical luminaries such as Miriam Margolyes, Amanda Muggleton, Meredith O’Reilly and Stuart Maunder, as well as many up-and-coming young performers in both the classical and cabaret genres. John is frequently to be heard on radio, especially ABC Classic FM, both as soloist and accompanist.

He has championed the work of many fine Australian composers, including Ann Carr-Boyd, Miriam Hyde, Elena Kats-Chernin and Ross Edwards. John is also a composer, with nearly forty works in print courtesy of Wirripang Publications.

The concert will also include a work by Verdi, the overture to Nabucco, and will conclude with Elgar’s Enigma variations.

Further information for this event is available online at the event's website or by phone on 0416 380 567 or by email to shsonsw@gmail.com