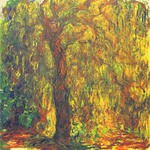 Sydney Launch of the Flowers of the Great War Collection

The Flowers of the Great War collection is a gift to the nation and the world. Containing more than 20 hours of first recordings, music and contextual information, it is a survey of the best composers and painters from a dozen nations who fought in that conflict, most of whom were killed. It is a measure and demonstration of the cultural cost of war, undertaken as part of Christopher Latham’s artist-in-residence position at the Australian War Memorial. A primary focus has been the recovery of the music of Frederick Septimus Kelly, Australia’s greatest cultural loss of WW1. The collection includes the first complete edition of his recorded works, so that this important Australian, who served with the poet Rupert Brooke, and alongside Bernard Freyberg at Gallipoli and in the Somme where he was killed in 1916, can finally be reclaimed. Educated in Germany and fluent in German and French, Kelly is buried in France, 2kms from Pozieres. He embodies the alliance between our three nations.

In parallel to that cultural recovery, two large contemporary works about the Australian experiences in WW1 were also created: The Gallipoli Symphony, commissioned by the Department of Veterans’ Affairs, bringing together the Turkish, New Zealand and Australian perspectives, and The Diggers’ Requiem co-commissioned by the Australian War Memorial and the Department of Veterans’ Affairs, performed in France by a French and German orchestra with Australian soloists, and in Australia by the Australian War Memorial Orchestra and Choir, made up of Australians, both civilian and military, including many of German or French heritage or who had trained in those nations.

This project has been supported by all three nations, the EU, Austria, the UK and Portugal, as well as through numerous grants from leading Australian Institutions, including the Department of Defence, as well as by private philanthropy, in particular Metal Manufactures Ltd. The project seeks to empower diplomacy as we continue to journey towards a lasting peace. All hard copies will be given freely as cultural gifts to Institutions, and between countries, and the contents will be available for free download by the general public.

Further information for this event is available online at the event's website or by phone on 0408 440 426 or by email to team@theflowersofwar.org