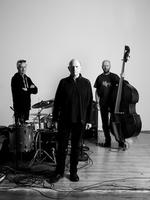 Revered instrumental trio The Necks return to Australia in 2019 for a national tour that includes performances at the Sydney Opera House, Adelaide Festival, Canberra Theatre and a debut performance at Castlemaine’s Theatre Royal in Victoria with more major performances to be announced.

Described by the New York Times as ‘the greatest trio on earth’ The Necks are masters of longform improvisation, with Chris Abrahams (piano), Lloyd Swanton (bass) and Tony Buck (drums) conjuring mesmerising sonic landscapes that slowly evolve and unfold over hour-long sets. No two Necks concerts are ever the same. Every Necks performance is a thrilling, emotional journey into the unknown.

From humble beginnings in Sydney more than 30 years ago as a private jamming project, The Necks are now celebrated world-wide, playing packed concerts everywhere from The Barbican in London to the Roulette in New York. Their most recent European tour (October 2018) included sell-out performances in London, Berlin and Paris as well as the Mondriaan Jazz Festival in the Netherlands, Forlì Open Music Festival in Italy and the Belgrade Jazz Festival in Serbia.

The Necks have released 20 albums, all to international critical acclaim, with two winning ARIA awards. As a band they continue to surprise and evolve. Their 20th album ‘Body’ (August 2018) is being hailed as one of their best , with Pitchfork describing it as ‘as engrossing and powerful as anything the Necks have ever made’ and Dusted Magazine ‘there’s something new and intriguing to hear in every second.’

Before stepping on stage for a Necks concert, nothing is planned or discussed between the trio. They walk on and they start playing. The Necks’ commitment to the simple concept of truly “letting the music take care of itself” is at the core of their unique sound and their ability to constantly create exciting, engrossing music for themselves and their audiences.

Not entirely avant-garde, nor minimalist, nor ambient, nor jazz – The Necks music is unparalleled in the world today. Australia’s favourite artists-in-resonance are at the top of their game. Don’t miss them.