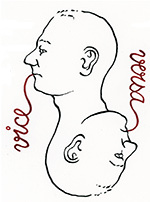 The compositions include a new commission for the guest of honour, Bob Brown, written by Michael Kieran Harvey (Portrait of Bob Brown for violin and piano). The violinist is Emily Sheppard.

As well as reading/performance of Arjun’s poetry, there is music by Zappa (Ruth is Sleeping, which Harvey recorded for the ABC in 2001 in a specially-sanctioned arrangement by the Zappa Family Trust), Messiaen (his very rare if not unheard-in-Australia Fantasie for violin and piano), Cage’s 4’33" as well as two other works by Harvey for violin and piano, Fear (2011) and Homage to Liszt (2016).

Messiaen: Fantasie for violin and piano (1933)