Update: with the cancelling of the virtual Awards ceremony due to lockdowns affecting prerecordings, the 2021 Awards will take the form of a press release and a series of video vignettes. Penny Lomax and Maureen Cooney's contribution will be honoured appropriately as part of the 2022 Art Music Awards ceremony. Please note that the details in this article regarding the intended virtual ceremony are no longer accurate.

Penny Lomax and Maureen Cooney, the founding producers of ABC Radio National's iconic program, The Music Show, will be presented with the Richard Gill Award for Distinguished Services to Australian Music at the 2021 Art Music Awards. The ceremony, originally scheduled to take place in Melbourne in mid-August, will now be broadcast to audiences worldwide via YouTube Premiere - date of the virtual event is yet to be confirmed because of lockdowns affecting related arrangements in several states [edited 17 Aug].

Lomax and Cooney conceptualised The Music Show 30 years ago, as a nationwide, multi-genre equivalent of state-based classical programs already on air. For two hours each Saturday morning, musicians of all stripes discussed their work and performed, either live in the studio or in outside broadcasts, with an emphasis on new Australian music. The two producers were the program's driving force, selecting guests and researching interviews, pulling strings, editing out gaffes, and making vital on-air decisions when proceedings went awry. 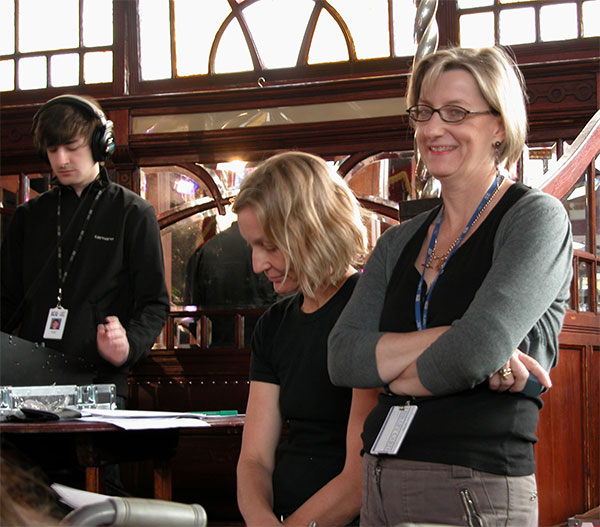 Penny Lomax and Maureen Cooney during a live
broadcast in the Spiegeltent, Melbourne 2007.

The tight-knit power team had an instinctive understanding of the broadcast medium, of one another, and, above all, of music in all its forms. Under their guidance, the first presenter Christopher Lawrence and his successor, current host Andrew Ford, talked to thousands of musicians, from the ridiculously famous to the delightfully obscure, from street musicians to composers of operas. The Music Show pioneered an ecumenical approach, incorporating classical, jazz, traditional, pop, hip hop, music theatre and a myriad other genres.

It's fair to say that there has never been a program quite like The Music Show anywhere in the world. For decades, the tireless efforts of these two women promoted new Australian music of all genres to increasingly international audiences.

'We are hugely chuffed and more than a bit proud. We thank the APRA AMCOS & AMC Boards for rewarding our efforts, and for recognising the contribution that public service broadcasting can make to Australian music and culture, and we thank our ABC colleagues and the myriad Australian musicians who helped us make it.'

The Music Show continues on ABC RN, presented by Andrew Ford, and produced by a team of two brilliant young producers, Ellie Parnell and Caitlin Benedict. The program can now be heard in two parts every Saturday and Sunday at 11am as well as online. 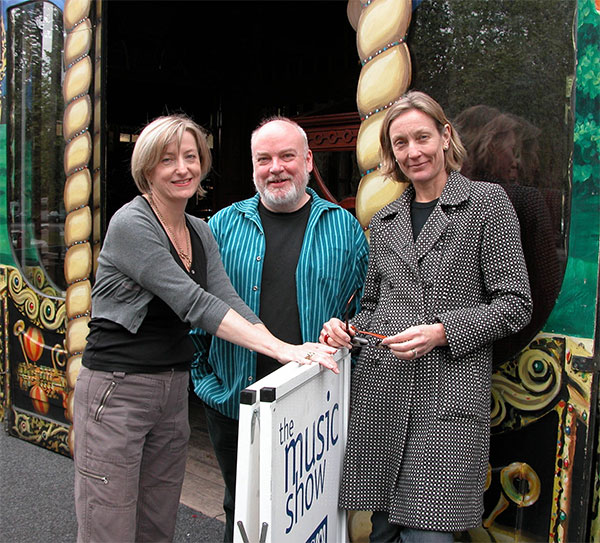 The APRA AMCOS team is busy at work converting an initially live event into a virtual showcase of Australian art music, to be recorded in Melbourne under COVID-safe conditions. Finalists have been announced - please see this article for all details.

Why haven't I heard of of this two woman team, working relentlessly behind the scenes week after week for years, with inspiration and devotion to making their concept happen, via the medium of public broadcasting? And in realising their concept so wonderfully, The Music Show is the highlight of so many listener's weekends as I can attest from the raves from a broad circle of friends and acquaintances with varied tastes in music, who listen to it religiously.

My particular experience of discovering these amazing women only because of the Art Music
Awards, is so reminiscent of what I recently saw and heard in the film Sisters in Transistors about the pioneering women in electronic music, and especially how it was women who made the BBC Radiophonic Workshop exist and then be famous for its 'music'.

How inspirational and inventive women can be, and how so easily their names and contributions seem to be consigned to the dust of archives (if we are lucky), or if we are unlucky their work is destroyed or overwritten and lost forever.

The description of their teamwork during production as intuitive and intimately connected truly seems like 'Sisters in Transistors'.

Congratulations and thank you.