Jodie Blackshaw profiles Christopher Sainsbury, Dharug composer and inaugural winner of the Luminary Award for an Individual at the 2020 Art Music Awards, for initiating and driving Ngarra-Burria: First Peoples Composers program. The 2020 Ngarra-Burria final concert will take place in Sydney on 4 November.

Chris Sainsbury is a perfect encapsulation of what it is to be Australian. A gentle man who possesses a warmth about him that instantly puts you at ease, Chris was raised in the beach culture of the Central Coast of New South Wales (a self-confessed 'coastie' at heart). He was educated through the Catholic school system, played guitar at school and in his community, and had parents who frequently peppered his aural environment with English pastoral music and American jazz. Chris's 'life in music' now spans four decades and his repertoire offers a broad range of musical works that include everything from catchy bossa nova to extensive orchestral works to politically motivated chamber pieces. 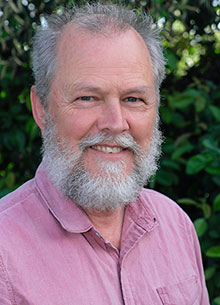 Throughout his musical life, Chris has connected with various Indigenous composers, particularly whilst teaching at the Eora Centre in Redfern, and decided to create a collective that would place a spotlight on the 'missing voice' in Australian music, the Indigenous voice. In late 2016, he initiated the Ngarra-Burria program ('to listen to sing' in Dharug/Eora language), and, in the past five years, has worked tirelessly to link Indigenous composers with industry, enabling a flurry of commissions and encouraging a higher percentage of performances by professional groups such as the Sydney Symphony Orchestra, Ensemble Offspring and the Griffyn Ensemble. Recently, Chris was awarded the National Luminary Award at the AMC and APRA AMCOS Art Music Awards. I interviewed Chris recently about Ngarra-Burria, his compositional voice and the environment that shaped him.

JB: With a composing career that spans four decades, your orchestral music of the 1980s has (to my ears) a more European flavour than the music written in the past 10 or so years. Can you tell us about your compositional journey and how you believe you arrived at your present voice?

CS: Career is a funny word. I don't use it, and I talk about a life in music rather than a career in music, because I think it's more inclusive of the various things I do. Early on I was very much influenced by the music my mother loved - Tchaikovsky, British 'light music' (so-called as if it is lite, but it's actually substantial), and Australian TV composers such as Sven Libaek. I also listened to lots of American jazz because that's what my father listened to. So my early work has elements of all of that, yes European and tonal, but also a distinctive Australian sound that I feel I first heard in people like Libaek. And whether he created that sound, or others did, or if it's a trait of lots of Australian music, or Australian at all, I don't know. But I feel that it is. As to my current voice, well I've been exposed to lots of new composers and musical trajectories, but in time you take that stuff home and bury it in your own backyard and see what grows from there, in your own soil. That's the way I did it, anyway, and I think that's why you hear a shift in my music, if there is one. I think your local soil filters out a lot of the influence and you find your own thing.

JB: You talk about your home region of the Central Coast, and community music and its influence on you and your music. Can you tell us a bit about that?

CS: You get to know the local geography and the cultural biography of a place and its community when you stay in one place for five decades as I did - you're a part of it. And, for me, my connection to that place as an Aboriginal person is a part of that too. Thinking as a regionalist composer at times, I feel that I can express my local region in new works with some sense of lived experience, with meaning for me, and hopefully potential connection with an audience.

In terms of community music-making, that's all I ever knew until I was about 22. I only ever heard regional musical societies, church music, and choirs - and loved and hated all the wrong entries, the out-of-tune playing, the phasing of time that shouldn't have been happening, and the throw-together ensembles. That's the stuff I now re-release into my own music in a more considered context. I still write and play in community, it's something I love, and I dare say find more meaningful, than professional contexts.

JB: Can you tell us a bit about your early composition and arranging teachers, and their impact on you as a developing musician?

CS: After school I took some jazz arranging studies with Col Loughnan at the Sydney Conservatorium. After a few years of studio teaching and exploring music on my own, I headed north to the Northern Rivers College of Advanced Education (NRCAE) at Lismore and studied composition with James Penberthy and Richard Mills. What a great place in the early and mid-1980s! I was fortunate to study with Penberthy as he was an Australian composer who linked back to many of our early 20th-century composers.

I think as musical creators we sometimes need to ditch the composer in us and do some arranging instead. Walton and Elgar showed us that being an arranger and working in communities really develops your composition chops. So I'm pretty happy having (by default) trod a similar path by arranging in communities with whoever was available. Col Loughnan instilled in me some good arranging chops. The third movement of my piece Gallipoli Sensings is built on a phrase from the WWI tune 'Australia Will Be There'. The song asked young Australians to go and support the cause. I treated it differently, focusing on the innocence and unawareness surrounding heading to Europe to fight in a war. The tune becomes fragmented, various instrumental effects come forward, and the piece collapses into silence, and all of that alludes to the reality of people dropping in the field in the arena of war. It's a very short movement at the end of the Gallipoli Sensings suite. Not a happy ending.

JB: Your Indigenous heritage is obviously an important part of who you are. In what ways is that expressed in your creative works, and indeed your teaching career?

CS: We're from the Dharug people of Sydney. In terms of how my Indigenous heritage is expressed in my work, sometimes it's a theme in my music that people can hear and identify, and at other times it's not to be found. I don't facilitate Aboriginal expressions or narratives into all of my works, but when I do, I've thought pretty deeply about it. I don't mind simply being known as a composer, and from that point each work will reveal a part of me anyway. My track Bardo for three flutes is Dharug for water, and it's refreshing and gushy, and 'runs in rivulet phrases' where you may not expect. And for me to share that word with listeners is to ask them to participate in that renewal that comes with Aboriginal language reclamation.

JB: The Ngarra-Burria program has had a major impact on many major musical organisations in Australia. Through it you have raised awareness of Indigenous composers, and these organisations are now commissioning and programming at least a dozen Indigenous composers, and it's growing. The Art Music Award you received was for your work in that space. Can you tell us a bit about the program, how it started and those involved?

CS: The Ngarra-Burria program responded to a need. Indigenous actors and playwrights were already known, as well as Indigenous film-makers, artists, authors, and Indigenous dancers, but nobody knew much about Australia's Indigenous composers at all. I knew quite a few from working at the Eora Centre in Redfern, people who just needed a program to mentor them further and connect them to the industry. Thankfully, industry has responded positively and is now more frequently commissioning and programming Indigenous composers. Such inclusivity brings welcome balance and shares the great value that music of Indigenous composers brings to Australian audiences.

And at times we're working differently to provide a good approach for some of the composers involved. They bring sketches (and a wealth of cultural knowledge and value, by the way), and a group like Ensemble Offspring workshops it into a final version. Roland Peelman gets this, too, and commissions works by Indigenous composers for the Canberra International Music Festival each year. The Griffyn Ensemble is also really supportive of the workshop concept. Yet many composers do score a whole piece well in their own right, too.

Those involved in Ngarra-Burria currently include Brenda Gifford, Tim Gray, Troy Russell, Nardi Simpson, Eric Avery, Rhyan Clapham, Marlene Cummins, Elizabeth Sheppard, Will Kepa and James Henry. You can hear works by some of them in the concert on 4 November - book tickets here! 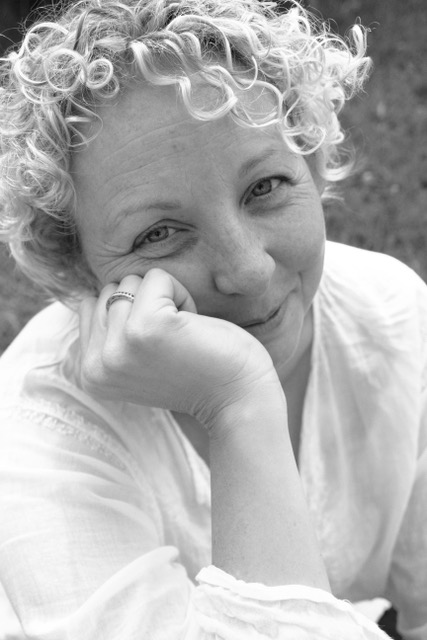 AMC's Associate artist, composer-educator Jodie Blackshaw (b. 1971) grew up in the south-east of rural Australia and formed a very personal relationship with music early in life through the creative application of her imagination to musical colours and movement. Today, she continues to seek creative experiences for students through her teaching and composing so they, too, may enjoy the personal relationship she discovered in her formative years.

In 2020 Blackshaw completed her PhD in Composition with Dr Christopher Sainsbury at the Australian National University. In addition to composing and presenting music education workshops, Blackshaw is passionate about fostering equality in concert programs, including schools. In 2018 she curated the website www.colourfullmusic.com to share diverse wind band programs created by leading conductors with the global wind music community. Currently she is researching repertoire to build an Australian Wind Band music database to enable increased performances of Australian music in Australian schools. To find out more please visit: www.jodieblackshaw.com

Respect for man of quiet strength and confidence

Dr Sainsbury is a gentle tower of strong direct speaking about art music and First Peoples.  A man who always seems to have time and encouragement for anyone he meets. Dr Blackshaw's article equally draws out his approach simply and gracefully.

I had the priviledge of meeting Chris during my own PhD studies at ANU. I still regret missing the opportunities he continually presented for me (and others) to learn more about First People in Australian music.

I really appreciate and enjoy Dr Sainsbury's candid playful description of the music and influences he has encountered throughout his life.  So refreshing and realist, instead of biographies where we read of child prodigies and amazing acheivements on the international stage.

And yet this is a man who has made significant music and this powerful achievement of the Ngarra-Burria program.