Image: John Peterson's work Shadows and Light will be performed twice in the final concerts of the Conservatorium High School's concert season

Carolyn Watson is in the middle of rehearsals with the students of the Conservatorium High School, Sydney, preparing for the final concerts of their 2012 concert calendar. This year, the concerts on 18 and 19 September will take the form of an Australian music festival, with music by five Australian composers.

As a conductor, one of my most enjoyable tasks is programming, that is, the process of researching and selecting repertoire for the year's concert performances. As conductor in residence at the Conservatorium High School, however, this undertaking is weighted by an additional pedagogical responsibility.

In addition to the usual considerations inherent in repertoire selection, I aim to program quality orchestral music which will result in specific pedagogical and developmental outcomes benefitting the students involved. Considering that a great number of graduates from the Conservatorium High School go on to be professional musicians and make a lasting contribution to the Australian music scene, it is not a responsibility I take lightly.

Programs are designed to include a wide variety of styles, genres and repertoire, particularly those to which students may have had limited exposure. One such initiative is the forthcoming Australian Music Festival, the final concerts in the Conservatorium High School Symphony's 2012 concert calendar on 18 & 19 September. 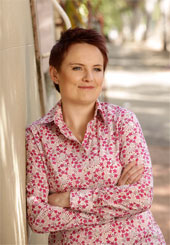 While the Conservatorium High School has a proud concert tradition of presenting Australian works, this all-Australian concert is a first. I spent many hours, indeed days, availing myself of the wonderful resources at the Australian Music Centre to arrive at a program featuring repertoire by Carl Vine, Paul Stanhope, Peter Sculthorpe, Matthew Hindson and John Peterson.

The centrepiece of the program is John Peterson's Shadows and Light, a work commissioned and premiered by the Sydney Philharmonia Choirs in 2004 - our concerts marking the second occasion on which the work has been presented in its entirety. Scored for soprano and tenor soloist, chamber choir, symphonic choir, percussion and string orchestra, it is a deeply reflective work on the human condition, and one typical of Peterson's style.

Inspired and influenced by the September 11 terrorist attacks in New York in 2001, Peterson highlights terrorism and religious fanaticism as fundamental themes of the work. Shadows and Light is characterised by the interpolation of text relating to this, and other then-topical events, with that of the Requiem Mass, a similar approach employed by Peterson in other compositions.

The Conservatorium High School presented the Mozart Requiem in 2011, ensuring students are familiar with this genre and its significance. The same, however, cannot be said about the events of 11 September 2001, considering that all current Con High students were toddlers at the time. Consequently the first orchestral rehearsal was part history lesson, part social commentary and religious debate.

The main pedagogical reason for selecting Peterson's Shadows and Light was its obvious benefits in terms of rhythmic training. The composer explains:

'My music is more often than not very rhythmic - aggressive, animated additive rhythms, allied with fast tempi, that drive the music forward. Shadows and Light is very typical of my compositional style: the use of additive rhythms (5/8, 13/8, etc.) is something that is common to all of my music, and something that I really love to investigate. Even when the music is in 4/4 time, the quaver groupings are frequently additive - that is, in various groupings of three quavers and two quavers that are framed within one or two bar periods of 4/4 time.'

Indeed, changing metres and additive rhythms form the current focus of my work as it is a new concept to the students and an aspect that initially presented challenges. In a sequence of events that perhaps confirmed the wisdom of my decision to pursue music rather than mathematics, I explained how five is divided into two, seven by three, and thirteen by five, to some clearly concerned and puzzled faces. The consequent revelation that all these 'tricky' bars were composites of two and three was the ultimate eureka moment, with a hall full of relieved and smiling faces. Either that or the students' glee in a public and unambiguous demonstration of the fact I am indeed numerically challenged.

The energy of the work is also proving popular with these young musicians as is the eclectic mix of harmonic influences - blues-inspired, modal elements and traditional chord progressions. Rehearsals at the time of writing are still in the formative stages, however feedback thus far is very positive, save grumbles about 'having to count and think'. I have no doubt counting and thinking will assume a role of secondary importance as the rehearsal process develops with students eventually able to see light and its associated shadows.

Carolyn Watson is an Australian conductor and music educator. In 2012 she was Musical Assistant at the Staatsoper Berlin for Infektion!, a festival of modern theatre celebrating the works of John Cage. During 2010 she successfully debuted with the North Czech Philharmonic Orchestra and was one of four conductors selected for Interaktion with musicians of the Berlin Philharmonic Orchestra, also working with Sir Charles Mackerras on his final two productions in this year. In 2009, Watson spent a period at the Israeli National Opera, where she assisted on a production of Carmen. A Churchill Fellow, Watson is also the recipient of the Sir Charles Mackerras Conducting Prize awarded via the Australian Music Foundation in London, Opera Foundation Australia’s Bayreuth Opera Award and Berlin New Music Opera Award, and the Nelly Apt Conducting Scholarship.