Amanda Harris's new book Representing Australian Aboriginal Music and Dance 1930-1970 (Bloomsbury 2020) takes a fresh look at the development of Australian musical culture by putting recent music and dance practices in a broad historical context. As part of this rethink, Harris historicises the practices of non-Indigenous art music composers evoking Aboriginal music in their works, placing this activity in the context of emerging cultural institutions and policy frameworks. The book also features contributions from Aboriginal scholars Shannon Foster, Tiriki Onus and Nardi Simpson as personal interpretations of their family and community histories. The following short extracts from the introductory part of the book are published here by the kind permission from the publisher.

At the height of the assimilation era, Australians were in the throes of planning celebrations of the 1951 Jubilee of Federation. How might we celebrate Australia's unification as a federated nation? How should we represent our identity? The Publicity Subcommittee for the event put forward an idea. A massed corroboree of Aboriginal people 'practically in their tribal state' could tour the nation. Performers would be accommodated on showgrounds in capital cities and regional centres across the country, they could build gunyahs and even some native animals could be introduced into the space for atmosphere and hunting demonstrations. This event, it was proposed, could 'be used to give the aboriginal [sic] people a new status in the eyes of the white inhabitants'.1

The proposal was not adopted, but a Corroboree did indeed tour the cities and towns of the nation, attracting large audiences, critical acclaim and prominent status in cultural histories of the assimilation era. The Corroboree was a symphonic ballet composed in 1944 by John Antill with new choreography by Rex Reid. Instead of the dozens of Aboriginal people proposed by the publicity subcommittee, Corroboree presented dozens of orchestral musicians from the symphony orchestras of each state and dancers from the National Theatre Ballet Company. No Aboriginal people were involved in the production. The show was acclaimed as a landmark Australian work. 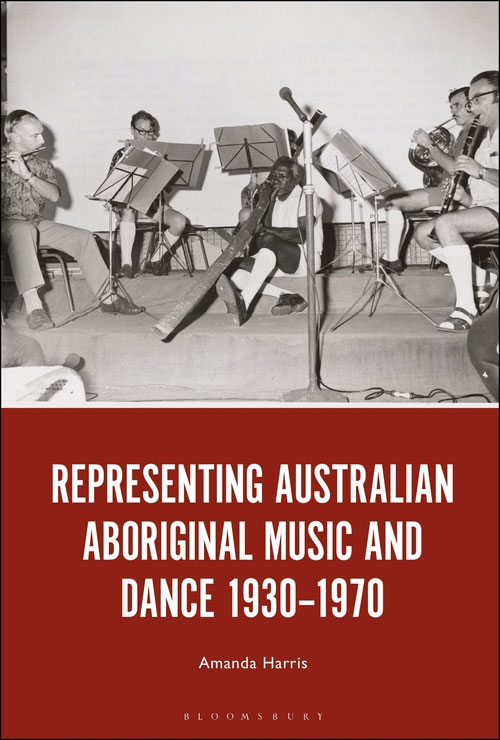 Published in the 1930s, 'Aboriginal songs' composed by non-Indigenous composer [Arthur S] Loam and collector Lethbridge and set to piano accompaniment were performed for decades afterwards. But what relationship do these songs bear to those that Aboriginal people were singing? These questions are at the heart of this book

As Linda Tuhiwai Smith reminds us, Indigenous peoples have long been appalled by the way 'the West can desire, extract and claim ownership of our ways of knowing, our imagery, the things we create and produce, and then simultaneously reject the people who created and developed those ideas and seek to deny them further opportunities to be creators of their own culture and own nations'.2 The performance events analysed here are those operating at what Martin Nakata defines as the 'cultural interface'. In these events, non-Indigenous Australians aimed to define themselves as not-just-British but something else, as a people with a culture and history, even if that culture would build on events they commonly characterized as 'pre-history'.3

For Aboriginal performers, this representation took many and diverse forms, and acted as a means of continuing cultural practice within changing social and political frameworks. Some of these performances were necessarily reactive to the pressures placed upon them by oppressive or exclusionary government policies, others were opportunistic and display a willingness to share cultural riches with new audiences in efforts to educate, or to engage, or to protest. Commemorative events (always framed by the historical milestones of European Australian settlement) were opportunities for engagement with mainstream audiences on a large scale - the memorialization of Cook's landing at the 150- and 200-year marks, and of the landing of the First Fleet, the celebration of fifty years since Australia was federated as a nation, and first and subsequent visits of the British monarch. But other performance opportunities reflected more localized histories and politics - protests about land, freedom of movement and treatment by the administration of Aboriginal people, and events arising from the formation of new arts bodies determined to innovate and open dialogues between Australia's north and south, between the Indigenous and European, the Asian- and European-Australian.

The book is framed by the time period 1930-1970 - a period characterized by aims to assimilate Aboriginal people into the mainstream population, enacted through Government policy and Aboriginal 'protection' and 'welfare' administrations[…. ]Music and dance performances, especially in relation to events of national or state significance illuminate some of the complexities of protectionist/assimilationist thinking. Under protection/assimilation regimes, immense pressure was exerted upon Aboriginal people to abandon culture by banning speaking of Indigenous languages and performance of ceremony and by rewarding actions that showed Aboriginal people were adopting mainstream behaviours like residing in a single house, in a nuclear family unit. These pressures were not just notional, but rather, punitively enforced[…]


Nevertheless, at moments of national nostalgia, events commemorating European settlement sought to memorialize and celebrate the lost arts that had been actively repressed. This desire for experiencing 'real' Aboriginal culture arose on anniversaries that evoked nostalgia for local history, and can also be seen in the stone tools and cultural objects stored in farmhouses around the country. However, these were rarely opportunities for self-representation by the local Aboriginal people, who had occupied the land and been forcibly moved off it in the recent past.4 Instead of engaging with the Aboriginal people living on local reserves, for many commemoration and memorialization events, organisers sought to import this evidence of continuing cultural practice.5 Aboriginal culture was, at those times, romanticized by bringing dark-skinned Aboriginal people from some distance to paint up and be on display[…]

4. Sianan Healy, 'Shaking Hands with the Governor-General: Aboriginal Participation in White Celebrations of History and Heritage in 1930s Victoria', in Historicising Whiteness: Transnational Perspectives on the Construction of an Identity, ed. Leigh Boucher, Jane Carey, and Katherine Ellinghouse (Melbourne: University of Melbourne, 2007), 291-97.

5. Sianan Healy, '"Years Ago Some Lived Here": Aboriginal Australians and the Production of Popular Culture, History and Identity in 1930s Victoria', Australian Historical Studies 37, no. 128 (2006): 18.