In May, the ABC created a commissioning fund to support Australian composers as the impacts of COVID-19 hit Australian musicians. It was a way to support performing musicians and composers in making new work during a period of massive upheaval. In July, 25 new works were commissioned through the Fresh Start Fund.

The fact that Fresh Start is the whole package, from commissioning, through recording, to broadcast and digital release, is important as a means of, not only creating new work, but getting artists' work out there, connecting with audiences and raising their profile.

Eight classical projects have been recorded so far, taking place in Hobart, Sydney, Brisbane, Canberra, and Adelaide. And the first jazz project was recorded just this month in Hobart.

Two of the classical projects are complete and already out in the world. An Old Piano Plays New Indigenous Music and Heartland 2 ('Kalkani') were both broadcast on ABC Classic during NAIDOC Week, and featured in the NAIDOC Week New Waves podcast. 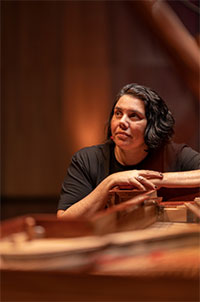 I was lucky enough to go to Canberra to record An Old Piano Plays New Indigenous Music. Already a unique project just in conception, it also proved to be surprising in other ways. What we knew was unique about it was the opportunity for four Indigenous composers - Rhyan Clapham, Nardi Simpson, Elizabeth Sheppard and Tim Gray - to compose for an historic square piano built in roughly 1770 (exact date unknown) and almost identical to the one that came out on the First Fleet.

There was a clear invitation to work with the symbolism of the date and the resonant connection to the European invasion of Australia, as well as the opportunity to work with a fascinating and slightly archaic European sound world. Each of the composers lent into one or both aspects of these possibilities in their own way.

What I couldn't have anticipated was what a powerful piece of historical reckoning hip-hop-artist-turned-composer Rhyan Clapham (aka DOBBY) would deliver. This feels like a piece that everyone should hear. For its content absolutely, but also the unusually compelling fusion of hip-hop and contemporary classical musical worlds.

Nardi Simpson's piece also came as a surprise in several ways. I was familiar with her gift for melody. What I hadn't anticipated was a strikingly abstract conceptual piece that also drives straight into the heart of the Black Lives Matter movement. I also didn't anticipate that the composition process would continue into post-production, with a lot of behind-the-scenes work and two solid editing and mixing sessions with Simpson and engineer Jason Blackwell. Pianist Scott Davie was also a total monster with the recording of this piece, retaking each of the rhythmically complicated looping patterns with barely a pause for breath in search of the best possible take.

At the other end of the spectrum, Elizabeth Sheppard personalised the piano, making its age and archaic sound resonate with the role of the piano in hers and her family's cross-cultural story. And in another twist, composer Tim Gray seized on the piano sound's gothic potential in a piece of pure fantasy! 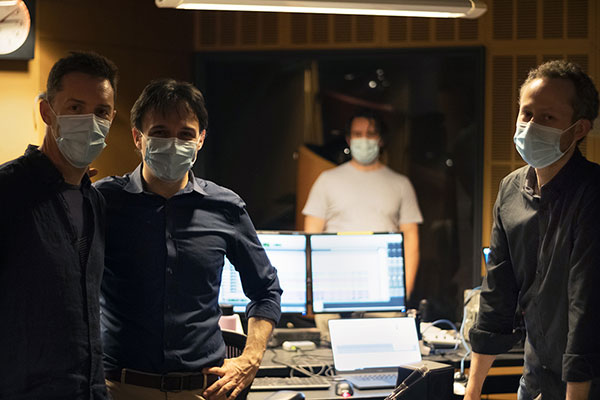 Recording new music during a pandemic has been an experience to say the least. We've had to change plans many times in response to changing situations in each state, and the regulations that have gone along with that. A few months back we had to re-schedule all our Melbourne recordings, some of them more than once. It was a particularly challenging and dispiriting time for both artists and ABC teams there. Wonderful that things are changing now.

Every recording project has gone through a special layer of paperwork, examining the health risks, and then balancing this against other projects across the same dates, so that the numbers of people on site or moving in and out of ABC buildings at one time would meet social distancing requirements. And even then, there is always the chance that changing health conditions or state-based health policies will derail plans before we can get the artists in studio.

Every recording session involves a whole lot of extra gear sanitisation time during before and after. Each piece of equipment is only handled by one person during the session to minimise risk of transmission and recording set-ups have had to be socially distanced between players as well. Then there's the problem of playback for artists when control rooms are mostly only large enough for two to three people under COVID guidelines.

The last project is scheduled for recording in July 2021. All of this music should be out in the world sometime in the third quarter of 2021, but you'll be hearing a lot of the music much sooner.