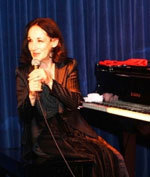 In the seventies, Judy began teaching in the newly established jazz studies program at the Sydney Conservatorium of Music while also resident pianist for the ABC Radio program Kindergarten. During this time, she also introduced music and movement programs for young children at Currambena and Lane Cove West Primary Schools. She was also appointed musical director (jazz) for the immensely successful Bennelong series at the Sydney Opera House and travelled with her quartet to Southeast Asia on the first of three overseas concert tours organised by Musica Viva.

Judy has gained several prestigious awards, including the inaugural APRA Award for jazz composition, an Australian Entertainment Industry 'MO' for jazz performance, and in 2004 an OAM for services to music and education. In July 2008, as part of the Annual Classical Music Awards (APRA and AMC), Belinda Webster and Peter Rechnewski presented Judy with the Award for Distinguished Services to Australian Music. Judy's nomination is unique in that it was the first ever granted to an outstanding jazz musician. In 2014 she was inducted into the Jazz Hall of Fame (Bell Awards).

Judy has also been included in a list of Sydney's '100 Most Influential People'.

Book: An overview of third stream music in Australia, focusing on the compositions of Judy Bailey and Mike Nock / Nadia Burgess.